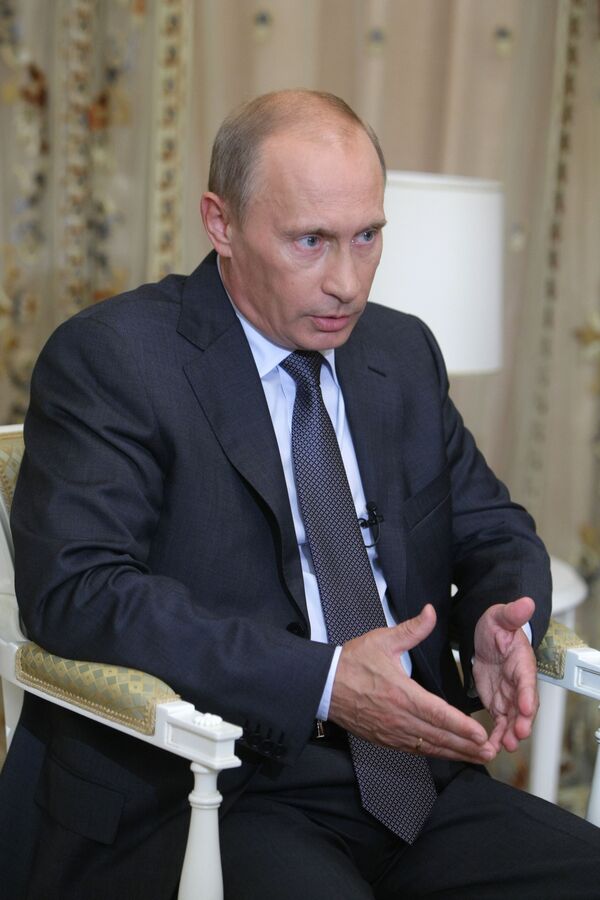 © RIA Novosti . Aleksey Nikolskyi
/
Go to the photo bank
Subscribe
Poland would be harming its own interests and its role in world affairs if it was to reject Russian Prime Minister Vladimir Putin's attempts to improve relations, a former Polish prime minister said on Monday.

GDANSK, August 31 (RIA Novosti) - Poland would be harming its own interests and its role in world affairs if it was to reject Russian Prime Minister Vladimir Putin's attempts to improve relations, a former Polish prime minister said on Monday.

Leszek Miller, leader of the Democratic Left Alliance, told RIA Novosti that an article by Putin published in Gazeta Wyborcza on Monday represents "an important landmark not only in Polish-Russian relations, but also in global politics."

He said that the Russian premier, like Boris Yeltsin and Mikhail Gorbachev before him, has "extended a hand of friendship to the Poles."

However, he warned that "if our leaders reject this hand, Poland will once again receive the stigma of a notorious Russophobe, which will confirm the thesis that Warsaw is unable to discuss world politics as a normal partner."

In his article published ahead of an official visit to Poland on September 1, Putin wrote: "the shadows of the past must not darken the current - let alone future - cooperation between Russia and Poland."

Tuesday marks the 70th anniversary of Nazi Germany's attack on Poland on September 1, 1939, and the start of the Second World War. World leaders are expected to attend events in Gdansk to mark the date.

Putin's article highlighted contentious issues in Russian-Polish relations, such as the 1939 German-Soviet pact on non-aggression, in which the two countries pledged neutrality and agreed in a secret protocol to divide Northern and Eastern Europe, including Poland, into spheres of influence.

Putin condemned the Molotov-Ribbentrop Pact, but said it was unfair to claim it served as "the only trigger for WWII." He said Europe's re-division began with the 1919 Versailles treaty that ended WWI, which he said was "humiliating" for Germany.

He also recalled the 1938 Munich Accord between major European powers and Nazi Germany, which permitted the German annexation of Czechoslovakia's Sudetenland. He said Poland then sent its troops into Czech provinces.

Another sensitive issue in Russian-Polish relations is the 1940 massacre of thousands of Polish officers by Soviet secret police in western Russia's Katyn Forest.

Putin described the massacre as a "crime" but called for "forgiveness."

"They should be symbols of common sorrow and mutual forgiveness. Our duty is to do everything to relieve Russian-Polish relations of the burden of mistrust and prejudice, to start a new chapter," the premier wrote.

Moscow has been angered by attempts to challenge the Soviet Union's role in the war, which claimed the lives of 27 million Soviet nationals, according to official figures. Former Eastern Bloc members, including Poland, Ukraine and the Baltic states, view Stalin's Soviet Union as an aggressor in the war.

Putin will meet with Polish Prime Minister Donald Tusk to discuss the possible deployment of a U.S. missile base on Polish soil, another issue that has strained bilateral ties. Moscow considers the plans a threat to its security.

Putin last visited Poland as president in 2005, when he attended ceremonies to commemorate the liberation of the Auschwitz-Birkenau death camp by Soviet troops.