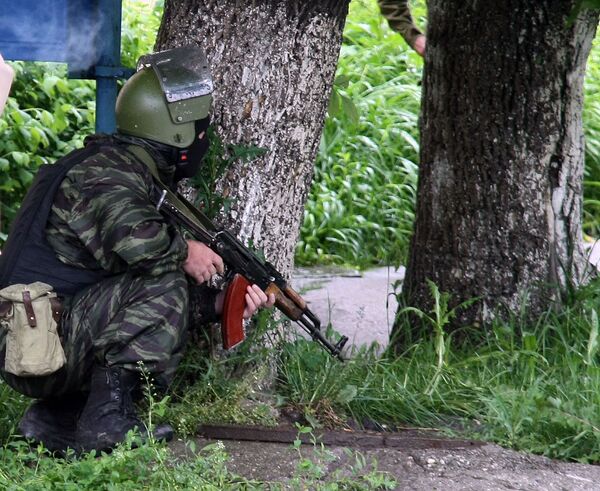 The spokesperson said the operation was ongoing, "In the area, where a group of militants was discovered by a unit of special forces and Interior Ministry troops."

The group leader was shot and killed in a shootout on Friday between militants and local police.

Russia's North Caucasus region has been swept by a wave of militant violence in recent months.

Ingushetia, which borders Chechnya, saw its deadliest attack in years in mid-August, when a suicide bomber driving an explosives-laden minivan rammed the gate of the police headquarters in Nazran, killing 24 people and injuring 136.