Sergei Mikhalkov to be buried at Moscow's Novodevichye Cemetery 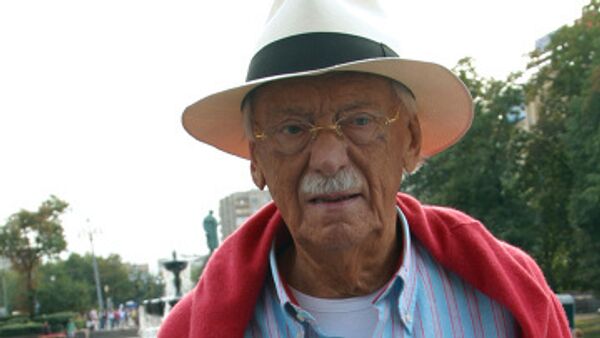 Legendary Soviet-era children's writer and poet Sergei Mikhalkov, who died Thursday at the age of 96, is to be buried with full military honors on Saturday at the Novodevichye Cemetery in Moscow, a RIA Novosti correspondent said.

MOSCOW, August 29 (RIA Novosti) - Legendary Soviet-era children's writer and poet Sergei Mikhalkov, who died Thursday at the age of 96, is to be buried with full military honors on Saturday at the Novodevichye Cemetery in Moscow, a RIA Novosti correspondent said.

The funeral mass, attended by government officials, friends and family members, was held at the Christ the Savior Cathedral in central Moscow. The funeral cortege is making its way to the Novodevichye Cemetery where Mikhalkov, who penned the lyrics to the Soviet and modern Russian national anthems, is to buried.