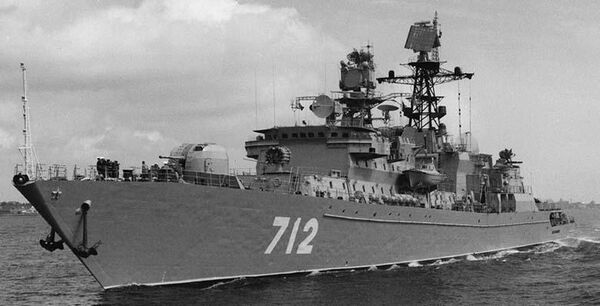 Lt. Gen. Yevgeny Inchin, deputy head of the border service, told RIA Novosti that measures to ensure protection from Georgia must also be carried out as part of preparations for the 2014 Olympic Games to be held in the Russian resort of Sochi, near Abkhazia.

Georgia says Abkhazia is part of its territory and considers the delivery of cargo to the republic by sea without Tbilisi's permission to be illegal. Georgia's coast guards have detained 23 ships in Abkhazia's waters since early 2009.

"At sea they behave very aggressively. Entry of ships under flags of third countries into Abkhazia's territorial waters serves as grounds for the Georgian side to indulge in various actions against them," Inchin said.

Asked whether Russia's coast guards will stop Georgia from detaining ships going to and from Abkhazia, Inchin said his service has special boats to fulfill this task. "Believe me, they will do this effectively and productively, as the 'Sochi factor' with the upcoming Olympic Games is now a decisive one," he said.

"Along with illegal activity on Abkhaz territory, Russia now wants to become a pirate," he said.

Russia recognized Abkhazia as an independent state last August after a five-day war with Georgia over breakaway South Ossetia, which Moscow also recognized as independent.

Russia has maintained peacekeepers in the republics since the bloody post-Soviet conflicts in the early 1990s, when the republics broke away from Georgia. It deployed more troops there after the war.

Nicaragua has been the only other country to recognize Abkhazia and South Ossetia. The West condemned Russia's "excessive" use of force against the Caucasus state and recognition of the territories, while Moscow accused Western powers of supporting Georgian aggression.