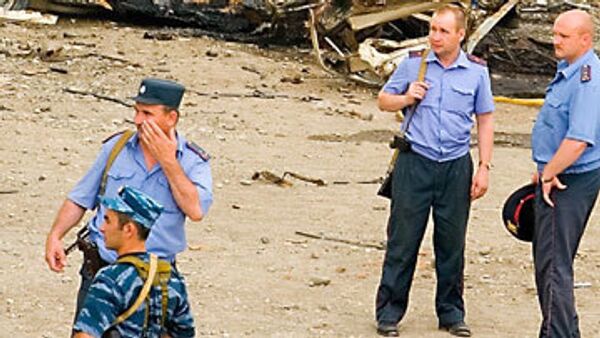 He said the incident occurred at around 12:10 a.m. Moscow time (20:10 GMT) when police were attempting to arrest the suspects.

"When one of the militants was wounded he set off an explosive device and took his life. Then the next one did the same. They had plenty of explosives with them," the spokesman said on Friday morning, adding that both militants were members of a gang led by Hussein Gakayev.

All the injured people were taken to Shali hospital with shrapnel wounds, the spokesman said.

Moscow has scaled down its military presence in the republic in recent years, officially ending its decade-long anti-terrorism operation in April, but violence has risen in recent months, with militants targeting police.

On Tuesday, a suicide bomber killed three officers at a carwash in a Chechen village.

Last week at least 20 officers died in a truck bombing at the police headquarters in Nazran, Ingushetia's largest city, and suicide bombers on bicycles killed four police in two attacks in the Chechen capital, Grozny.