The Soviet Union’s ‘short-sighted’ pact with the Nazis 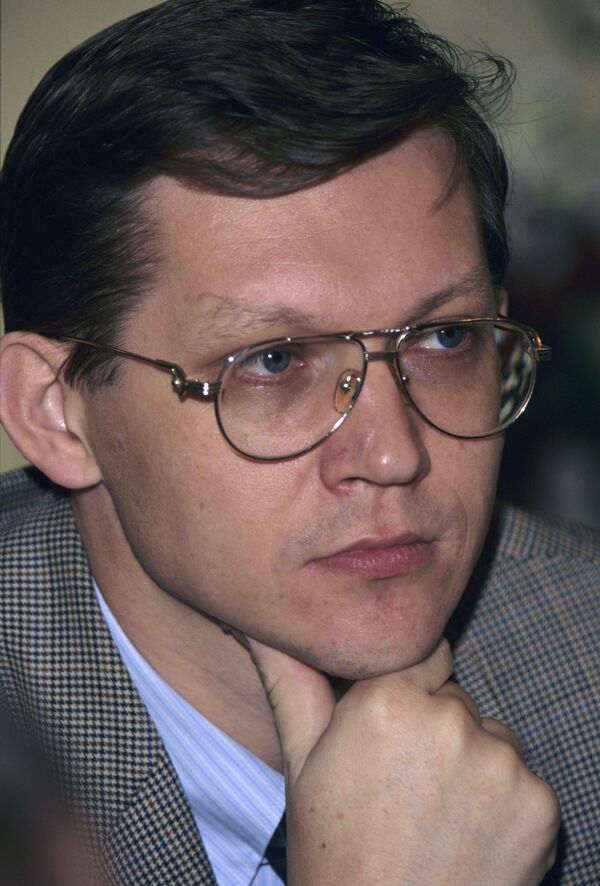 “Now the whole world is in my pocket!” This was Hitler’s jubilant reaction to the signing of the Treaty on Non-Aggression between Germany and the U.S.S.R. (known as the Molotov-Ribbentrop Pact) on August 23, 1939 in Moscow. He endorsed a plan of attacking Poland on April 11, 1939 after he had already swallowed up Austria and Czechoslovakia. His only concern was the threat of war on two fronts – with Britain and France in the west, and the U.S.S.R. in the east. The pact with Stalin removed this threat.

Moreover, prior to the Non-Aggression Pact, on August 19, 1939, Germany and the U.S.S.R. signed a trade agreement under which the U.S.S.R. was to receive the latest German weapons, modern technology, and machines and equipment in exchange for metals, oil products, grain, and other strategic materials, which Germany needed for the conduct of war.

Would Hitler have attacked Poland if Stalin had not given him guarantees of non-interference? Disputes on this point are still going on and are not likely to end. Or, what would have happened if the tripartite Anglo-French-Soviet talks of a military alliance, which were held during the entire summer of 1939 in Moscow, had not ended in complete failure? And who was the first to blame for their failure – the West or the Kremlin? But one thing is clear – in the fall of 1939, both dictators were in wonderful spirits.

Hitler got everything he wanted. He routed and occupied Poland, drove a wedge between the U.S.S.R. and the West, and received access to Soviet strategic materials, while in a state of war with Britain and France.

Stalin was also pleased. On September 17, 1939, the Red Army entered Poland, and occupied all of its eastern regions in full conformity with the agreements with Hitler. On November 30, 1939, Soviet troops attacked Finland. Following a bloody war, part of Finnish territory was annexed by the U.S.S.R.

Elated by the quick rout and partition of Poland, both dictators decided to consolidate their successful union, and signed the Boundary and Friendship Treaty on September 28, 1939. This treaty was also supplemented with secret protocols and maps. This time, Lithuania was also included into the Soviet sphere of influence.

In 1940, the Soviet Union incorporated Lithuania, Latvia, Estonia, Bessarabia, and Northern Bukovina. Stalin substantially increased his possessions, simultaneously pushing Hitler to war in the west, and even rendering him some help in this war effort. Moreover, he considerably improved Soviet strategic positions in the event of a German attack. It transpired before long that this policy was extremely short-sighted. Having disposed of France, Belgium, the Netherlands, Denmark, and Norway, Hitler multiplied his strength, and dealt a crushing blow at the U.S.S.R., which resulted in enormous loss of human life. But Stalin did not foresee this in the fall of 1939.

Hitler’s Nazi regime was the only perpetrator in unleashing World War II, which took a toll of millions of human lives all over the world, mostly in the U.S.S.R. This is an axiomatic truth, which is beyond discussion.

However, the Western leaders were also largely responsible for the war. For a long time, the United States fully isolated itself from European problems, as a result of which they assumed global dimensions. The British and French leaders connived with Hitler when he brought German troops into the Rhine Region in March 1936. They did not take any action when he annexed Austria to the Third Reich in March 1938. They signed a deplorable agreement on the partition of Czechoslovakia in Munich in September 1938 and let him occupy the whole of the country later on. London, Paris, and Moscow were to blame for their failure to set up an anti-Hitler alliance in the summer of 1939. Poland, Lithuania, and Slovakia were also at fault because they took part in territorial partitions of that time. All these strategic miscalculations were a prelude to a big war.

Likewise, it is impossible to deny that the Hitler-Stalin deal also played a big role in unleashing World War II. As distinct from the disgraceful Munich agreement, which gave Hitler only a part of sovereign Czechoslovakia, populated predominantly by the Germans, the Molotov-Ribbentrop Pact divided between Moscow and Berlin a considerable part of Eastern Europe, and decided the destinies of six sovereign states not only without their consent, but even without giving them notice, in secret. It is no wonder the existence of the secret protocols was invariably denied by the Soviet leaders, and the originals of the protocols were thoroughly concealed in the personal safes of Soviet general secretaries.

On December 24, 1989, following the work of the special commission headed by Alexander Yakovlev, the Congress of the U.S.S.R. People’s Deputies, the supreme body of state authority in the country, adopted a resolution, which admitted the existence and authenticity of the secret protocols, and denounced the pact, noting that the agreements were made in secret from the Soviet people, “who are not responsible for this conspiracy.” The resolution was signed by the Chairman of the U.S.S.R. Supreme Soviet Mikhail Gorbachev.

In 1990, Gorbachev attended the ceremony of laying a stone into the foundation of a memorial to POW Polish officers who were shot by the NKVD (Soviet secret police) in 1940.

In 1991, Russia and Lithuania signed an interstate treaty, the preamble to which acknowledged the annexation of Lithuania by the Soviet Union. Russian President Boris Yeltsin repeatedly denounced in public the Molotov-Ribbentrop Pact as a “dirty deal between Hitler and Stalin.” The pact and its secret protocols have been published more than once.

After these admissions and publications, the current positions of some Russian officials and state propaganda look very strange. They are trying again to justify the Molotov-Ribbentrop Pact as a forced, and even “the only correct decision,” to negate its role in unleashing World War II and dividing Eastern Europe by force, and to deny the truth about the Katyn massacre. For some reason, they responded with indignation to the OSCE Parliamentary Assembly resolution which has strongly denounced totalitarian regimes, primarily represented by Stalin and Hitler in the 20th century. Andrzej Wajda’s film Katyn, with its artistically precise and authentic depiction of events, was banned from Russian screens. It is perplexing why modern Russia, which has a democratic Constitution and which has officially denounced the crimes of the Stalinist regime, has to defend Stalinism both in its home and foreign policy.

Defense of Stalin’s view of history and his approaches to domestic policy (which is clearly reflected in new Russian history manuals) is discrediting Russia, and aggravating its relations with its next-door neighbors, who were hard hit by the cynical conspiracy of the two dictators in the past. It is difficult to understand what, apart from a misguided sense of patriotism and a desire to protect the criminal esprit de corps, prevents Russia, which has nothing to do with Stalinist crimes, from denouncing the 1940 Katyn massacre together with Poland, and declassifying all secret documents?

What prevents Russia from declassifying and publishing all documents on the famine of the early 1930s organized by Stalin’s regime in the southern regions of the U.S.S.R., and denouncing this crime against humanity together with Ukraine? Why not declassify all documents on mass reprisals and shootings in the Baltic countries, and condemn them together with Lithuania, Latvia, and Estonia? What prevents Russia from recognizing the Soviet-imposed character of the communist regimes in Eastern Europe after 1945, and denouncing them together with the Poles, Hungarians, Czechs, Bulgarians and others? Russia is not the legal successor of the Stalin regime, and denunciation of the latter’s miscalculations and crimes will only enhance its international prestige and confidence in the country and its policy. On the contrary, defense of Stalinist legacy is hugely fuelling old fears and accusations of neo-imperial aggressive policy.

Denunciation of Stalinist crimes, and acknowledgement of the criminal nature of the Stalin regime, which is responsible, among other things, for countless losses sustained by our people in the prewar years, during the war, and in the postwar period, will only emphasize the great exploit of our nation, which has made the main contribution to the defeat of Nazism despite all the atrocities and crimes of its own government.

Vladimir Ryzhkov (Ph.D. in History), professor at the Higher School of Economics, and chairman of the Russia’s Choice public movement.