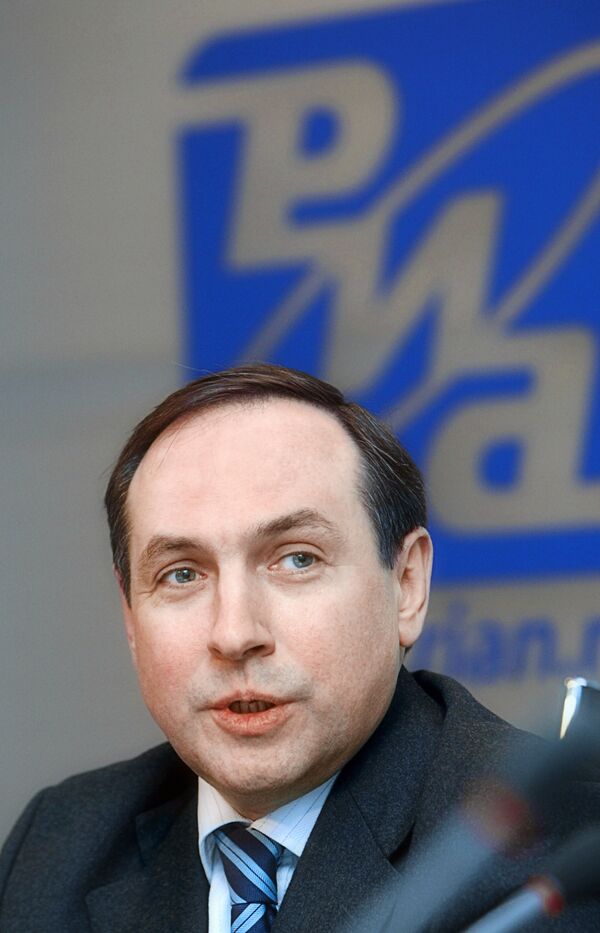 
The Treaty of Non-Aggression between Germany and the USSR, better known as the Molotov-Ribbentrop Pact, was signed 70 years ago, on August 23, 1939. A secret supplementary protocol demarcated the signatory countries’ spheres of influence in Eastern Europe in case of territorial realignment. Despite the pact, Germany attacked the Soviet Union on June 22, 1941.

Was the pact inevitable or could another option have been found? What made the Soviet Union sign it? Did it help to postpone war? What did Vyacheslav Molotov think about the pact?

Q. Was the pact a ploy to gain more time to prepare for war, or did it reflect the desire of the Third Reich and the Soviet Union to define their spheres of interest?

A. The two factors were interconnected. The issue was clear-cut for the Soviet leadership at the end of August 1939: Germany was launching a war against Poland, as it had announced almost officially. Did German troops intend to stop in Warsaw, or move on to Minsk or Moscow? That was the crucial question. The delineation of the spheres of influence provided an answer. It was a matter of life and death, closely interconnected with a play for time.

Q. Was there an alternative to the pact? Did it bring war with Germany closer, or postpone it?

A. Theoretically, there was an alternative. The Soviet leadership first proposed it in April of 1939, or even earlier. This was the idea of European collective security, based on Soviet agreements with Britain and France to guarantee Polish and Romanian security. In principle, the system could have drastically reduced the chance of Germany unleashing war on Poland. We can only regret that the idea was never acted upon. All attempts to implement it were fruitless, mainly because France and Britain were reluctant to commit themselves to extremely serious obligations and, secondly, because Poland and Romania were unwilling to accept security guarantees from the Soviet Union. And so that alternative was pure speculation.

War against Poland was imminent, and the situation demanded practical agreements. Regrettably, the French and British military delegations, which were working in Moscow in August of 1939, were not authorized to sign any agreements. So it was a Hobson’s choice. In fact, the Soviet Union had no options.

The pact did not affect the timing of the German attack on Poland. The deadline had been set long before it was signed, and Hitler would have attacked Poland in any case, pact or no pact. He did not see any difference, as he had the chance of starting war on the Soviet Union simultaneously with the attack on Poland. It is possible that he intended to attack the Soviet Union even then.

Q. Did the German attack really take the Soviet leadership by surprise?

A. The Soviet Union expected the attack every day. It made no difference whether it would come on June 21 or 22, 1941.

Q. So the leadership expected war, even despite the pact?

A. They did. The Soviet leadership was 100% sure there would be war. It managed to postpone it in 1939. My grandfather told me they had expected a year’s breathing spell, but it was even longer. There was hope for another postponement as late as June 21, 1941.

Q. Was there any difference between the Molotov-Ribbentrop Pact and the Munich Agreement?

A. The Munich Agreement was not concerned with the spheres of interest. No non-aggression pacts were signed in Munich. It was a meeting of Western leaders to discuss German territorial claims on Czechoslovakia. The German reasoning was acknowledged. In other words, a part of Czechoslovakia was ceded to Germany. Later on, the West turned a blind eye to the German de facto annexation of Czech lands. There was nothing in common between the Soviet-German pact and what took place in Munich. Be that as it may, Western countries had encouraged German and Italian aggression for years.

Q. Did Molotov share his impressions of his meeting with the German delegation with anyone?

A. He did. He said the German delegates were “serious people”. However, he met with foreign ministers and heads of state practically every day, so I do not think that particular meeting made an indelible impression on him, however important it may have been.

Q. What did the pact matter to Molotov? What did he think of it?

A. He approved of it. He said the pact enabled our country to prepare for war and, in the final analysis, win the war. He never regretted signing it.

Q. Were there any similar German pacts with other countries?

A. Germany signed other non-aggression treaties, in particular, with Poland. It was denounced in April of 1939. Nevertheless, many countries sign non-aggression pacts.

Q. The Molotov-Ribbentrop Pact is among the principal arguments for reappraising World War II. What can Russia do against attempts to put Communism on a par with Nazism?

A. There is ideology behind such attempts. We can hardly do anything against it. Relevant questions were answered by the Nuremberg trial, which determined the amount of each party’s guilt. As for people who sympathize with Nazism, we can do nothing about them. There is no way to suppress the manipulation of historical fact for political ends.

Q. How can rewriting the history affect Russia?

A. I don’t think it would have any influence on Russia. However, it threatens the world by covering up the truth of Nazism. Attempts to exonerate Nazism are relatively common in some countries. They are even supported by some European government bodies. When the Soviet Soldier Monument was removed in Tallinn, the European Union unanimously sided with Estonia. The European Union sides with Russia’s neighbours in whatever they do. At present, they are even encouraged in their rehabilitation of Nazism. That is how far things have gone.