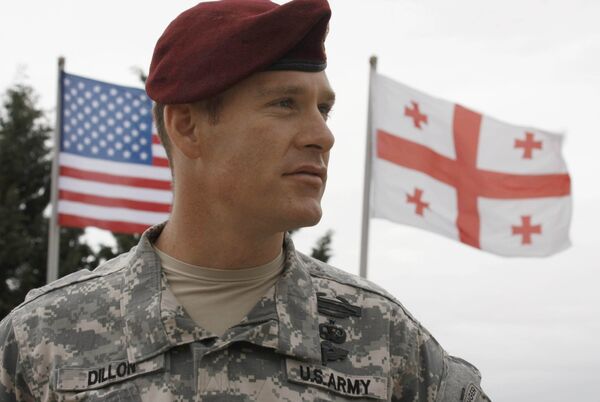 © RIA Novosti . RIA Novosti
/
Go to the photo bank
Subscribe
A delegation of the United States Marine Corps arrived in Georgia on Friday to discuss military cooperation between the countries

"The main focus of discussions was on present and future cooperation. The sides also discussed the security environment surrounding Georgia, and priorities for the ministry, and reform issues," the ministry said in a statement.

A team of U.S. marine instructors earlier arrived in Georgia to train a battalion for service as part of coalition forces in Afghanistan. A team of 60-70 marines will be in the country for six months to help train a 750-strong battalion.

Military support provided by the U.S. to Georgia, and the Caucasus country's drive to join NATO, are a major point of contention in both countries' relations with Russia.