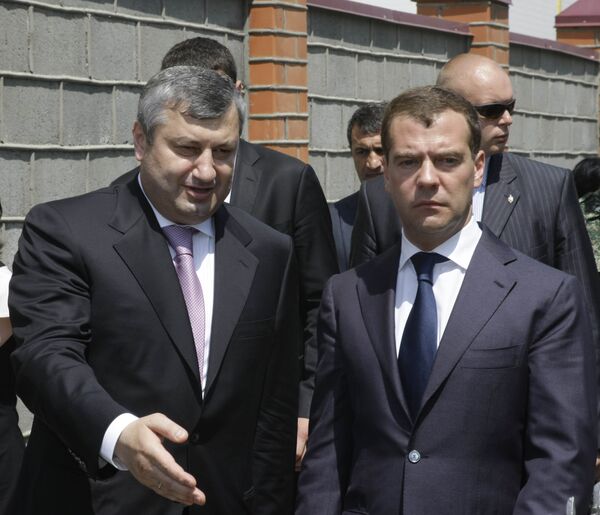 MOSCOW, August 21 (RIA Novosti) - South Ossetia will seek to join the union being formed by Russia and Belarus, the former Georgian republic's leader said on Friday.

"We will seek this with great pleasure," Eduard Kokoity told reporters, suggesting that Belarus would recognize South Ossetia as an independent state soon.

The only country so far to have followed Russia's example in recognizing South Ossetia and the other self-proclaimed Georgian republic, Abkhazia, is Nicaragua. Belarus has sent mixed signals on whether it will recognize the two regions.

Moscow recognized South Ossetia last August following a five-day war with Georgia, which attacked the region to regain control of it.

Kokoity unveiled a photo exhibition in Moscow earlier on Friday dedicated to the first anniversary of the republic's recognition by Russia.

He said the exhibit was designed to show that South Ossetia was not only about "war and ruins," but it was a hospitable country, and that it was also a gesture of people's gratitude to Russia.

"I have no doubt that we will realize our potential in the next few years," the leader said.

However, Kokoity voiced concerns over Georgia's ongoing military buildup. "Georgia's military strength is much higher now than before August 2008," he said.

Russia has invested in rebuilding South Ossetia's infrastructure after the war, and pledged hundreds of millions of dollars to support both republics' economies and security. It also deployed more troops there after the conflict.