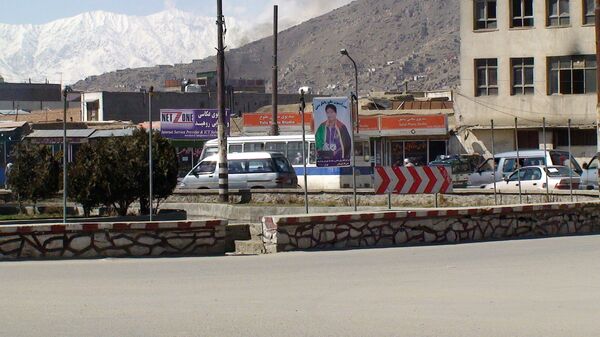 MOSCOW. (Narek Seferjan for RIA Novosti) - On August 20, Afghanistan is going to hold presidential elections, the second democratic election after the Taliban's overthrow. A major military operation is taking place in the south of Afghanistan on the eve of voting. Kabul and other cities are being hit by explosions. The Taliban is going all-out to thwart the voting. Western countries need to make the elections a success. They would also like to show the world that the struggle against extremists is successful. But is it?

The conflict in Afghanistan is like a smoldering ember. As distinct from Iraq, information about events in Afghanistan is extremely scarce. Despite all efforts by the U.S.-led international military coalition, the extremists are gaining strength. Acts of terror in different parts of the country are becoming routine.

Recently, the Taliban has managed to increase its reach. The extremists have established partial control in the provinces of Ghazni, Nuristan, and Wardak, not to mention the southern regions. The Taliban has also been exerting influence on neighboring, nuclear power Pakistan, which is particularly dangerous.

The population of Afghanistan is about 32 million. Saying that the overwhelming majority live below the poverty line is an understatement. It is no surprise that drug trafficking thrives in this Asian country.

This is one of the most important, if not the most important problem in Afghanistan. Drugs are not simply produced there. Huge consignments of heroine pass through the country, mostly from the south to the north. Drugs are a source of income for the extremists and for others as well. Poverty compels peasants to pursue this dangerous but profitable business.

UN International Narcotics Control Board annual reports are indicative in this respect. The harvesting of opium continues at a record pace. Last year Afghan peasants gathered the second largest harvest of opium in their history. Despite a 20% reduction in cultivated area, the opium harvest dropped by only 6% against a record 7,700 tons in 2007. All in all, the area devoted to opium cultivation occupies about 155,000 hectares. In 2007, the incomes of Afghan drug lords exceeded three billion dollars. By some estimates this is between 40% and 50% of Afghanistan's official GDP. The area used for opium cultivation in Afghanistan exceeds the size of the cocaine plantations of Columbia, Peru, and Bolivia combined.

If the low income population is deprived of their only source of income, they will have to be fed. Analysts in the West clearly understand this predicament and they should also see that feeding so many people is hardly possible.

The strength of the Taliban lies in its ability to draft thousands of volunteers at any time. Every year, the Taliban makes from $200 million to $300 million on drug trafficking. In effect, the Western coalition is fighting against the local population in Afghanistan.

The decision to introduce the international coalition in Afghanistan was made shortly after the 9/11 attacks in New York City. Incidentally, as distinct from Iraq, at that time the West's actions were supported not only by the majority of the countries, but also by a considerable part of the Afghan population. The Taliban was in power in Afghanistan at that time but in 2001 a new, pro-Western government assumed office. However, in recent years, the extremists have become markedly more active in this country.

According to a report by the coalition's command, the number of terrorist acts and attacks has increased by more than half since the beginning of this year. In the first week of June alone, the Taliban mounted about 400 attacks. This is the peak in domestic violence since 2002.

All these facts show that the very approach to the resolution of the Afghan issue should be changed entirely. The drug business should be replaced with something else. Obviously, at this point it is difficult to imagine a local opium grower being converted into a Ford assembly line worker. But if the West wants to see a stable Afghanistan, it should look for an economic solution to its problem. This will require huge investment, which is hardly likely in the short term because of the ongoing economic crisis.

In Afghanistan, the United States has fallen into a Catch 22. It has to pay through the nose for its stay in this country, and watch as it loses soldiers, but withdrawing is tantamount to acknowledging defeat. After the disgrace in Iraq, the United States may lose its reputation as the world's leading power once and for all. Hamid Karzai's rule in Afghanistan is doomed without U.S. support. The Taliban will come to power again because it is made up of the people of Afghanistan, who have become exhausted by Karzai's rule. In the last few years, his pro-Western government has proved to be absolutely worthless. Corruption and extremism are thriving in this poor and ruined country...

On August 20, Afghanistan will hold the second democratic election after the Taliban's downfall. Regardless of who wins, the loser is known. This is the United States and its allies in the coalition.