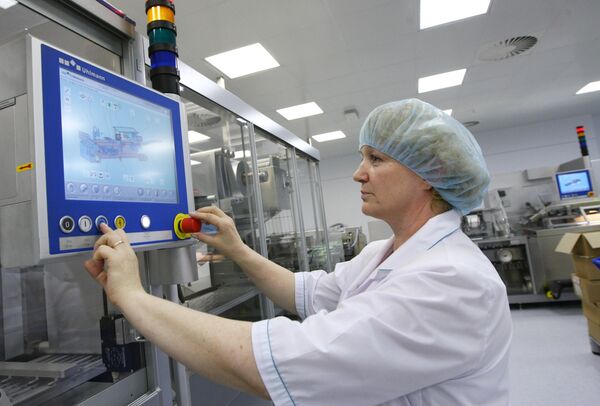 The deputy premier said that the decision to allocate funding had been made on July 21, with the documentation currently being drawn up under the supervision of Tatyana Golikova, the health minister.

Production is to start in November, with medical institutions receiving their first batches of the vaccine around the same time, Zubkov said, adding that the work "shows good progress."

Some of the country's best scientific medical and research organizations were involved in the process along with foreign institutions. The first batch of vaccines has already been developed and clinical trials were underway, he said.

"The Russian government has already allocated over 340 million rubles ($10.7 million) to combat the spread of the A/H1N1 virus," the deputy prime minister said, adding most of the sum is to be spent on developing a vaccine.

The Kremlin official also said that a campaign was needed to vaccinate the population against flu as "it can reduce the risk of swine flu infection."

According to the latest figures, Russia has 180 officially confirmed swine flu cases. The World Health Organization's latest report said there have been over 219,000 cases and about 1,900 deaths worldwide.