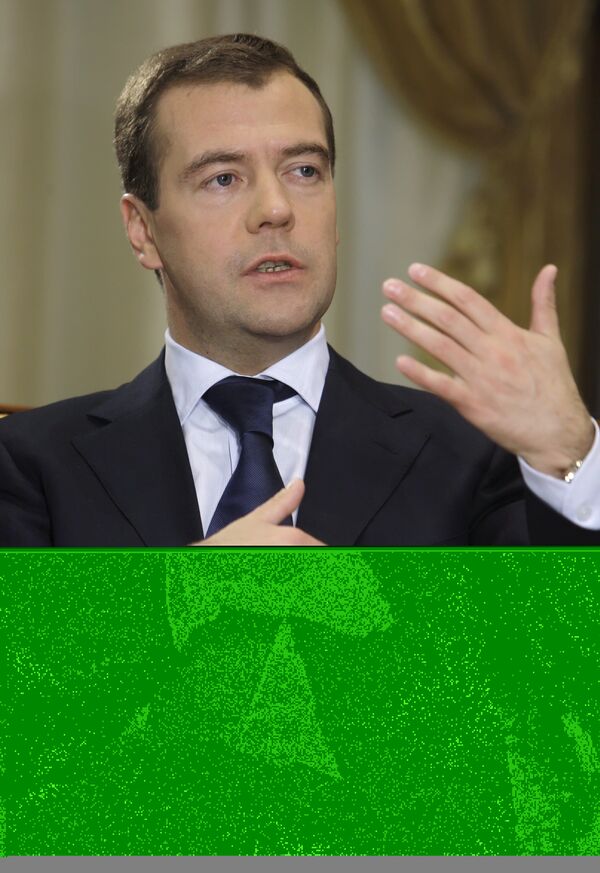 The Russian president told the interior minister on Tuesday to establish the cause of a deadly suicide bombing in southern Russia that left 20 dead and 136 injured.

SOCHI, August 18 (RIA Novosti) - The Russian president told the interior minister on Tuesday to establish the cause of a deadly suicide bombing in southern Russia that left 20 dead and 136 injured.

Twenty police were killed and nine officers are still missing after a suicide bomber rammed an explosives-laden minivan into the gate of police headquarters in the republic of Ingushetia's largest city Nazran on Monday.

"What is it - negligence, treachery or a combination of criminal acts beyond control?" Dmitry Medvedev said during a meeting with security and law enforcement chiefs.

He said that "none of the security systems worked as they should have," ordering Interior Minister Rashid Nurgaliyev to "get to the bottom of it and report back."

Russian media said the death toll had risen to 21 people when one of the injured died in hospital overnight.

However, Nurgaliyev said 20 people had been killed not 21, as reported.

The OSCE condemned the terrorist attack in Nazran, the worst in the republic for years, and expressed condolences to the victims' families.

Latest reports said the blast was equivalent to 400 kg of TNT. It damaged the police building and nearby blocks of flats.

The explosion left a crater about 4 meters wide and 2 meters deep and triggered more explosions as ammunition detonated in the police headquarters. The blast shattered windows and smashed balconies in residential buildings, also destroying dozens of cars.

Ingushetia and the neighboring republics of Chechnya and Dagestan have seen a rise in militant violence of late, with frequent attacks on federal troops, police and other officials.