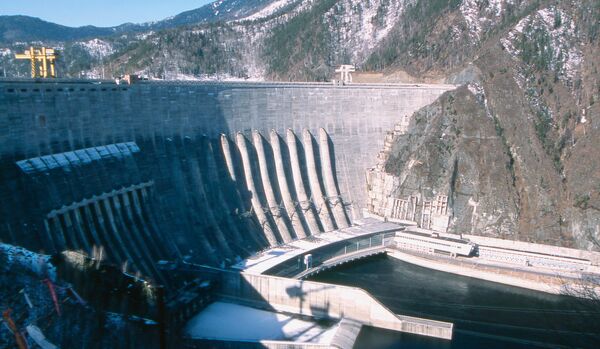 A transformer oil spillage caused by a disaster at a Siberian hydropower plant has spread over 80 kilometers (50 miles) along the Yenisei River, the Natural Resources Ministry said on Tuesday.

MOSCOW, August 18 (RIA Novosti) - A transformer oil spillage caused by a disaster at a Siberian hydropower plant has spread over 80 kilometers (50 miles) along the Yenisei River, the Natural Resources Ministry said on Tuesday.

The oil, used as an insulator and coolant in the plant's transformers, was released when one of the transformers exploded. The cause of the blast, which triggered the flooding, is not yet known.

The ministry said in a statement that it is "greatly concerned" over the pollution, but that "most of the spill, spread along the surface of the water over a distance of 80 km, remains in the region of the Maynskoye Resevoir."

The ministry and the Republic of Khakasiya are monitoring the state of the water, and experts have taken samples to test pollution levels.

"Transformer oil is a low-density distillate. Because of this it doesn't sink to the bottom, but the film on the surface remains, posing a threat to fish, with possible suffocations. Everything depends on how quickly they can gather it up. If it continues to spread, then of course the damage will be substantial," he said.

Alexander Toloshinov, a former general director of the station, built in 1978, earlier said the accident was most likely due to a "manufacturing defect" in a turbine.

He also said pumping water out of the plant was crucial as survivors could still be found in "air bubbles" inside the flooded facilities.