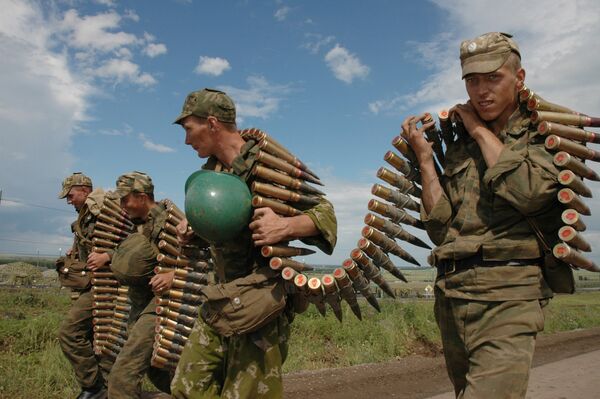 MOSCOW, August 18 (RIA Novosti) - Russia has started the strategic component of ongoing military exercises in the northwest of the country, an aide to the Ground Forces commander said on Tuesday.

"In accordance with the combat training plan of the Russian Armed Forces, the Ladoga-2009 strategic exercises are going ahead under the command of the Russian Ground Forces commander, Gen. Vladimir Boldyrev," Col. Igor Konashenkov said.

The official said the current phase of the exercise involved the planning of strategic deployment of the armed forces in Russia's northwest and putting the military units on high alert.

Under the ongoing military reform, Russia held on June 29 to July 10 the Caucasus-2009 exercises, which involved all the brigades of the North Caucasus military district, the Black Sea Fleet and the Caspian Flotilla.

During the Zapad (West) exercises on September 8-29, Russia will deploy two full-sized armies in Belarus.