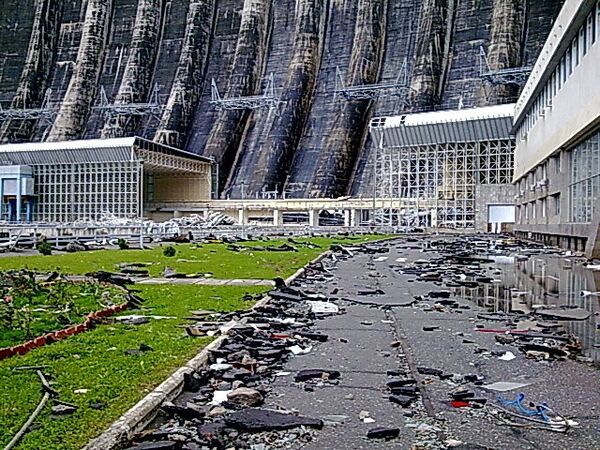 ASTRAKHAN, August 17 (RIA Novosti) - Russian President Dmitry Medvedev ordered on Monday for urgent action to be taken to secure the country's largest hydroelectric station in south Siberia, following a fatal accident, and to help those affected.

The disaster was triggered by the explosion of an oil transformer while workers were carrying out repairs.

"An oil transformer blew up in the turbine room during repairs on one of the generating units," Vladimir Markin, spokesman for the top Investigation Committee, told reporters earlier.

The accident cut power supplies to homes and companies, including metal giants Evraz Group and RusAl, prompting them to switch to emergency power. Six factories in the nearby Altai region were closed down following the electricity shortage.

RusHydro, owner of the Sayano-Shushenskaya plant, which was opened in 1978, said generating units unaffected by the blast could be reactivated within 45 days.

"Replacing the turbine will take from 18 months to two years," the firm's acting head, Vasily Zubakin, said. "The station's units that were not damaged could be restarted within 45 days."

The station - located on the Yenisei River flowing from Mongolia to the Arctic - had 10 operating generating units before the accident.

He said a precise assessment of the damage still needed to be carried out.