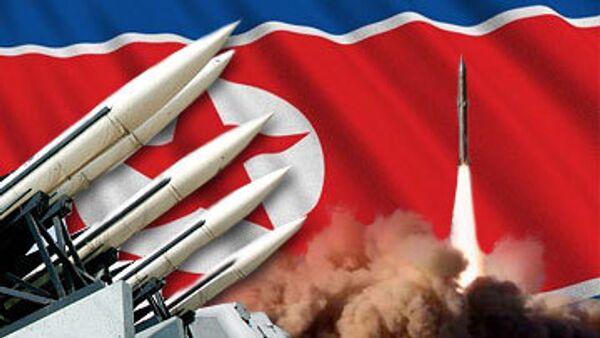 Seoul and Washington are due to launch on Monday the Ulji Freedom Guardian war games to last through August 27. Both parties announced the maneuvers are defensive.

"The maneuvers for a nuclear war projected by the U.S. imperialists and the [South Korean president] Lee Myung-bak group of traitors are by no means a demonstration of military muscle of a defensive nature," Yonhap quoted a spokesman for the Panmunjom Mission of the Korean People's Army as saying.

"Should the U.S. imperialists and [South Korea's government] threaten [North Korea] with nukes, it will retaliate against them with nukes," North Korea's official Central News Agency (KCNA) said citing the country's military.

Washington has been pushing to enforce its own and UN sanctions against Pyongyang for the reclusive communist state's missile and nuclear tests.

North Korea launched a multistage rocket on April 5 that it said was carrying a communications satellite, defying pressure from the United States, Japan, South Korea and other countries, which suspect the launch was a cover for the test of a Taepodong-2 long-range missile.

Next Sunday, the Unites States will send a delegation to South Korea to talk measures concerning anti-Pyongyang sanctions, Yonhap said.