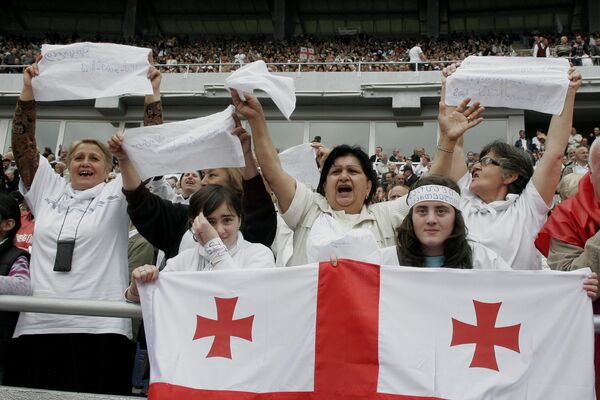 According to the All-Russian Public Opinion Research Center (VTsIOM), 79% of Russians think Georgia should change its president, while 11% respect Georgians' choice even though Saakashvili does not appeal to them personally. Only 2% of Russians feel sympathy and respect towards the Georgian president, while 9% did not answer.

Russians' views on relations with Georgia are similarly bleak, with 78% believing they are irreparably broken. Just 14% think things can be patched up, down from 40% five years ago. Eight percent of those surveyed did not give a response.

Several years of tension in Georgian-Russian relations boiled over last August when Georgia attacked South Ossetia. On August 8, 2008, Georgian troops carried out a ground and air assault on Tskhinvali, South Ossetia's capital, but were expelled by Russian forces in five days of fighting.