Exiled Chechen leader says Kadyrov not behind murders of activists 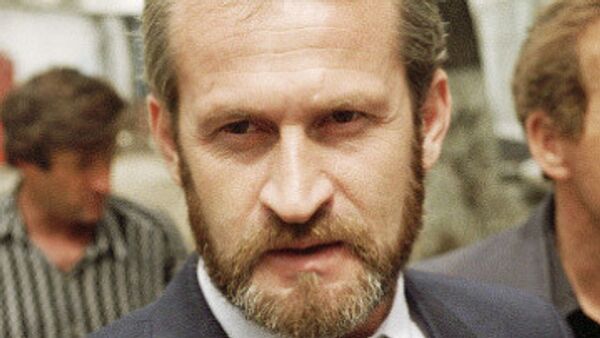 Subscribe
Chechen separatist leader Akhmed Zakayev said on Wednesday he was confident that Chechen President Ramzan Kadyrov was not to blame for the recent murders of rights activists in the republic.

LONDON, August 12 (RIA Novosti) - Chechen separatist leader Akhmed Zakayev said on Wednesday he was confident that Chechen President Ramzan Kadyrov was not to blame for the recent murders of rights activists in the republic.

Zakayev, 53, is the prime minister of the unrecognized Chechen Republic of Ichkeria. He has lived in London since 2002.

Zarema Sadulayeva, 32, the head of an organization working with children affected by the Chechnya conflicts, was kidnapped along with her husband on Monday and found dead in the trunk of their car on Tuesday. Both had been shot in the head and chest.

The killings come less than a month after the murder of rights activist Natalya Estemirova.

"No, I do not believe that Ramzan Kadyrov is behind these murders. I am completely confident that it is not in Ramzan Kadyrov's interests to organize these crimes," Zakayev said during a press conference in London.

However, when asked who might behind the murders, Zakayev said: "I'm not ready to read the coffee grounds, but undoubtedly the authorities are responsible. Not legally responsible, but politically."

Russia, which issued an international arrest warrant for Zakayev in 2001, has accused Zakayev of terrorist activities and repeatedly asked Britain to extradite him, but the request has invariably been refused.

Chechen President Ramzan Kadyrov has frequently urged Zakayev through the media to return to his homeland and contribute to the revival of the Chechen Republic in exchange for amnesty.