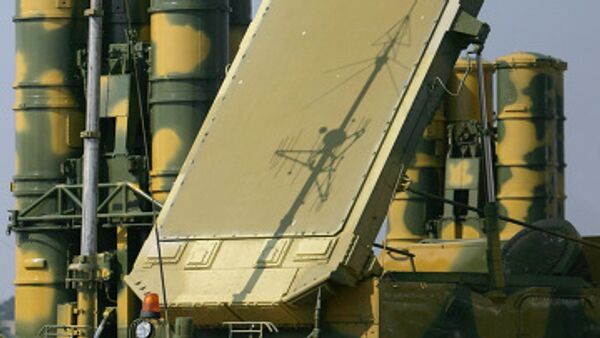 © RIA Novosti . Anton Denisov
Subscribe
Russia will create a new generation of air and space defenses to counter any strikes against its territory by 2020 due to a potential foreign threat, the Air Force commander said on Tuesday.

MOSCOW, August 11 (RIA Novosti) - Russia will create a new generation of air and space defenses to counter any strikes against its territory by 2020 due to a potential foreign threat, the Air Force commander said on Tuesday.

"By 2030...foreign countries, particularly the United States, will be able to deliver coordinated high-precision strikes from air and space against any target on the whole territory of Russia," Col. Gen. Alexander Zelin said, referring to the potential for new hypersonic and space-based offensive weapons.

"That is why the main goal of the development of the Russian Air Force until 2020 is to create a new branch of the Armed Forces, which would form the core of the country's air and space defenses to provide a reliable deterrent during peacetime, and repel any military aggression with the use of conventional and nuclear arsenals in a time of war," the general said.

According to Zelin, all Russian Air Force units will be constantly combat-ready by 2020.

"We are planning to conduct a gradual transition of Air Force units to a constant combat-ready status...and accomplish this task by 2020," the commander said.

During this period, the Air Force will bring combat units to full strength, equip them with modernized and new weaponry, and significantly improve combat training of military pilots.

Zelin said under the new concept, air-space defense brigades will be created within Russia's Air Force, and they will be equipped with advanced S-400 and planned S-500 air defense systems.

"In line with the new air-space defense concept, we have already formed a number of brigades, which will be armed with S-400 and S-500 air defense systems," Zelin said at a news conference in Moscow.

Russia's Defense Ministry considers the delivery of S-400 air defense missile systems to the Russian Armed Forces a priority, and wants the defense industry to increase the production of these systems despite the current economic crisis.

The fifth-generation S-500 air defense system, which is currently in the blueprint stage and is expected to be rolled out by 2012, would outperform the S-400 as well as the U.S. Patriot Advanced Capability-3 system.

"The S-500 system is being developed under a unique design...and will be capable of destroying hypersonic and ballistic targets," the general said.

Meanwhile, the Soviet-era MiG-31 Foxhound supersonic interceptor aircraft will most likely be used as part of the new air-space defense network, as was intended when it was designed.

"We are upgrading this system to be able to accomplish the same [air-space defense] tasks," Zelin said.

According to some sources, Russia has over 280 MiG-31 aircraft in active service and about 100 aircraft in reserve.