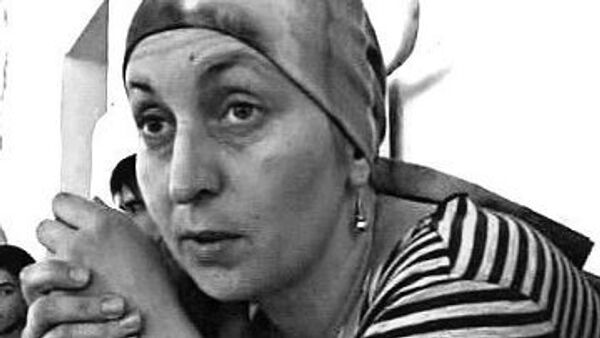 Subscribe
The bodies of the head of a humanitarian organization and her husband were found in Grozny early on Tuesday, a spokesman for Chechen investigators said.

GROZNY, August 11 (RIA Novosti) - The bodies of the head of a humanitarian organization and her husband were found in Grozny early on Tuesday, a spokesman for Chechen investigators said.

Zarema Sadulayeva of Let's Save the Generation which works with Chechen children injured in the Chechnya war and their parents, and her husband, Alik Dzhabrailov, were kidnapped on Monday.

Their bodies, with numerous gunshot wounds, were found in the trunk of a car parked at the entrance to a local rehabilitation center.

Chechen investigators have already launched criminal proceedings. A team of leading experts from the Investigative Committee of the Russian Prosecutor General's Office has also been summoned.

The committee's head, Alexander Bastrykin, currently on a visit to the North Caucasus, has altered his itinerary to hear the first results of a probe later on Tuesday.

Another top member of Sadulayeva's group, Murad Muradov, was abducted in 2005. His body was only handed over to his family a year later. The police said Muradov was a militant and had been killed in a special operation.

Chechen nongovernmental organization Let's Save the Generation works for the psychological and physical rehabilitation of war young victims. It has been a partner of UNICEF over the past few years, playing a coordinating role for UN organizations providing assistance to victims of mine blasts in the North Caucasus.

Sadulayeva's death follows the murder of Chechen rights activist Natalya Estemirova in mid-July, which created outrage among Russian rights campaigners and consternation around the world.