Hamas, Fatah to attempt to solve problems before talks 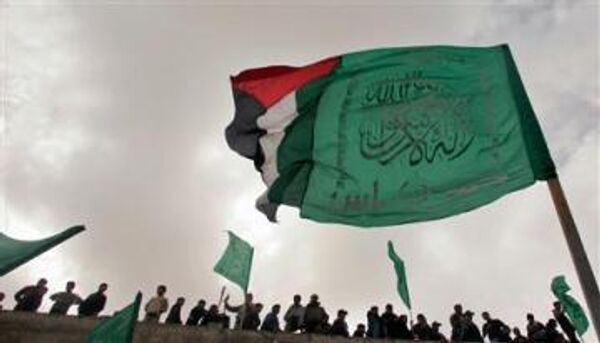 Hamas hopes to resolve all its disputes with Fatah before inter-Palestinian talks scheduled for August 25, Hamas co-founder Mahmoud al-Zahar said in Cairo.

Cairo will host the final meeting of talks between radical Islamic group Hamas and pro-Palestinian Fatah on August 25-28. After six rounds of talks, the two sides have so far been unable to reach an agreement on national unity.

"We do not want the inter-Palestinian dialogue to continue forever, therefore we have suggested that Egypt organize a preliminary meeting where all of the remaining disputes must be solved," al-Zahar said during a press conference.

According to al-Zahar, the main obstacle to Palestinian unity is the arrest of Hamas backers in the West Bank, which Fatah controls.

According to Hamas leaders, there are approximately 1,000 of the movement's supporters in the Palestinian National Authority's jails.

Al-Zahar also named a new law on elections, the forming of joint security forces, as well as the participation of observers from Arab countries to keep peace in the Palestinian territories as other issues that have not been resolved.