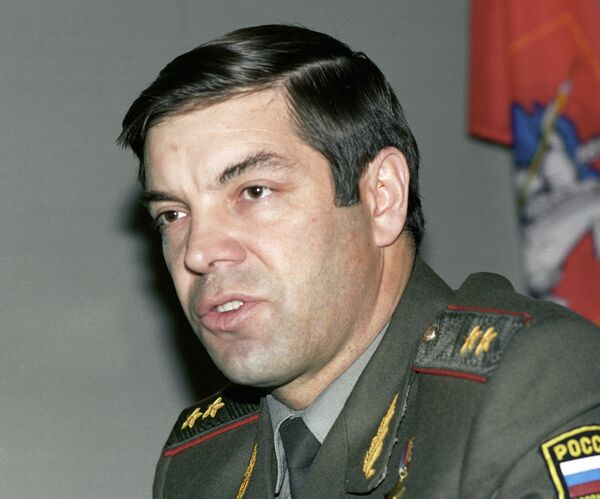 © RIA Novosti . I. Zenin
/
Go to the photo bank
Subscribe

Yevnevich, 57, is a former paratrooper and a Hero of Russia. Prior to his new appointment he served as deputy commander of the Russian Ground Forces.

The Defense Ministry earlier said it would drastically change its approach to the combat training of highly-professional military units in light of the current military reform and experience gained during last year's brief military conflict with Georgia over South Ossetia.

This year, the ministry plans to hold the Autumn-2009 and West-2009 strategic exercises, involving a large number of personnel from several military districts, fleets, and the Belarusian Armed Forces, as well as at least 30 brigade-level drills.

Russia's military reforms are focused on the reorganization of the military command and control system from a four-tier (military district - army - division - regiment) to a more flexible and battle ready three-tier structure (military district - operational command - brigade) and are due to be completed in the next 3-4 years.