South Russia missile radar to be fully operational in October 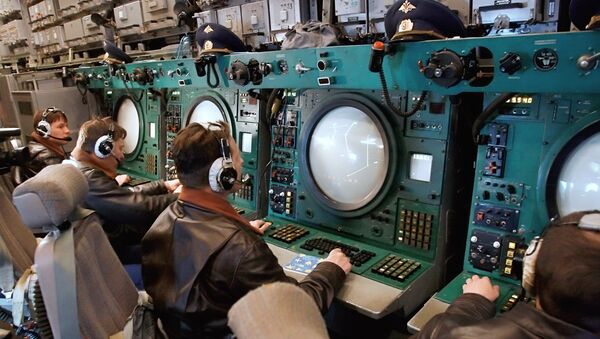 A radar station in the southern Russian town of Armavir will become fully operational in October-November as part of the country's missile warning system, a military official said on Thursday.

BALASHIKHA (Moscow Region), August, 6 (RIA Novosti) - A radar station in the southern Russian town of Armavir will become fully operational in October-November as part of the country's missile warning system, a military official said on Thursday.

"The station will be put into operation...in October-November this year," said Gen. Nikolai Abroskin, head of the Federal Agency for Special Construction, which builds radar sites and space launch centers.

The station is currently operating in a test mode.

The Armavir radar has been built to monitor any potential missile attacks in the south and southeast of Russia in place of the early warning facilities in Mukachevo in western Ukraine and Sevastopol in the Ukrainian peninsula of Crimea.

Russia terminated a 1997 agreement with Kiev on the use of both Ukrainian radars in February 2008 on the grounds that they had become obsolete.

With an effective range of 4,000 kilometers (2,500 miles) the Voronezh-type radar has capabilities similar to its predecessors, the Dnepr and Daryal, which are currently deployed outside Russia, but uses less energy and is more environmentally friendly.

Russia has offered the U.S. use of radar stations at Armavir and Gabala in Azerbaijan as alternatives to a planned U.S. missile shield deployment in Central Europe, which Moscow has fiercely opposed as a security threat.

Washington has since shown little interest in the Russian proposal, but with the arrival of a new administration, led by President Barack Obama, has frozen its plans to open a missile interceptor base in Poland and a radar station in the Czech Republic.

During his visit to Moscow in July, Obama pledged to consider Russia's concerns and review the U.S.'s European shield plans.