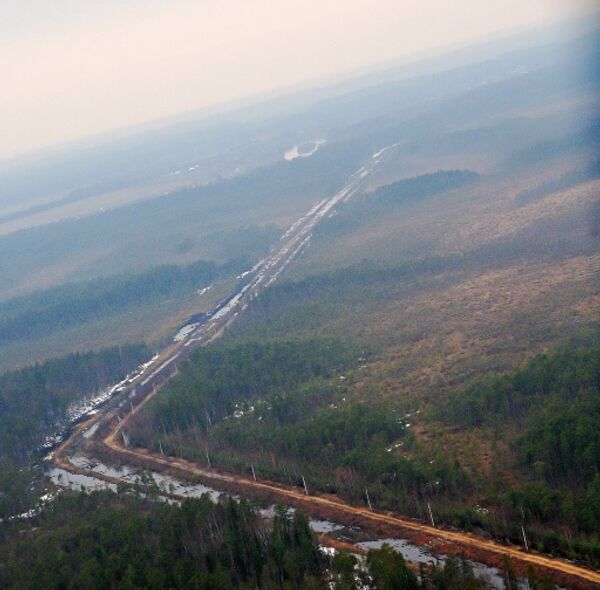 Turkey will grant permission for the construction of the South Stream gas pipeline across its Black Sea sector, a Russian government official said on Wednesday citing a draft bilateral protocol.

The protocol is due to be signed by the Russian and Turkish premiers, Vladimir Putin and Tayyip Erdogan, in Ankara on Thursday.

"The parties will ensure the conditions for approval of the construction," Yury Ushakov, a deputy government chief of staff, said.

Ushakov declined to specify the date for the commencement of the gas pipeline construction, saying it would be agreed by both premiers.

The South Stream project is designed to annually pump 31 billion cubic meters of Central Asian and Russian gas to the Balkans and onto other European countries along the bed of the Black Sea, with the pipeline's capacity expected to be eventually increased to 63 billion cubic meters.

Ushakov also said that both premiers would discuss a Western-backed pipeline project, in which Turkey was participating.

The Nabucco pipeline project, estimated at 7.9 billion euros ($11 billion), is designed to pump Central Asian gas via Turkey to Austria and Germany through Bulgaria, Romania and Hungary. The pipeline, intended to bypass Russia, is due to go on stream in 2014.

The Nabucco project is seen as a rival to Russia's South Stream gas pipeline, which is estimated at costing around 25 billion euros ($35 billion).

Ushakov also said that Russia and Turkey would set up a working group on the Samsun-Ceyhan oil pipeline intended to pump crude to Europe.

Turkey has repeatedly invited Russia to join the project launched in 2007 and due to be completed in 2011 but has not received a positive response.

The $1.5-billion pipeline, which is being built by the Turkish holding Calik Energy and Italy's ENI, will extend 700 kilometers (435 miles) through Turkey from the Black Sea port of Samsun to the port of Ceyhan on the Mediterranean.

The project is designed to reduce the oil transportation load on the Black Sea Strait of Bosporus and the Dardanelles on the Marmara Sea, which handles some 150 million tons (1.1 billion bbl) annually.