Tensions rise in South Ossetia ahead of war's first anniversary 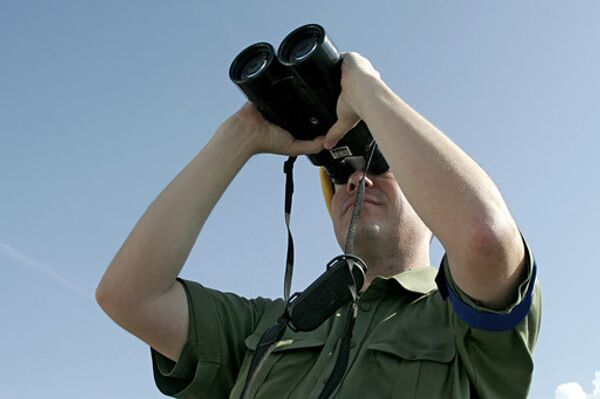 With the anniversary of last August's five-day war between Russia and Georgia over South Ossetia just a few days away, events in the region are taking on an oddly familiar tone.

MOSCOW, August 4 (RIA Novosti) - With the anniversary of last August's five-day war between Russia and Georgia over South Ossetia just a few days away, events in the region are taking on an oddly familiar tone.

In an echo of the accusations and counter-accusations that marked the buildup to last year's August 8-12 conflict, both Georgia and its former republic of South Ossetia have been trading claims of attacks on one another's territories.

On Tuesday, the South Ossetian communications ministry told RIA Novosti that the village of Otrev, near the republic's capital of Tskhinvali, had been shelled by Georgian forces from across the border. No injuries were reported.

The village was among the first to come under attack last August 8, when Georgian forces attacked the republic in an attempt to bring it back under central control. South Ossetia had enjoyed de facto independence since the early 1990s.

The Georgian Interior Ministry said late on Monday that three rocket-propelled grenades had been launched from South Ossetia at a Georgian village. Again, no injuries were reported.

Both sides also alleged attacks on their territories at the weekend. Russia has said it will use force to protect South Ossetian residents.

Last August's war saw Russian forces chase invading Georgian troops deep into Georgia amid accusations on both sides of human rights abuses. Russia eventually withdrew from Georgian territory and recognized the independence of both South Ossetia and Abkhazia, another former Georgian republic, on August 24. It has since stationed some 4,000 troops in the two republics.

The European Union, in a statement issued by current president Sweden, called for calm in the region.

"The European Union notes with concern the recent accusations of shellings and other incidents on both sides of the South Ossetian administrative boundary line," the statement said. "The EU urges all sides to refrain from any statement or action that may lead to increased tensions at this particularly sensitive time."

The statement also called on both sides to grant the European Union Monitoring Mission unrestricted access to both sides of the South Ossetian border.