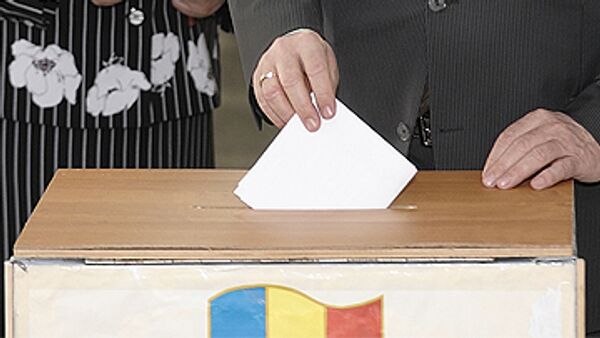 Subscribe
Snap parliamentary elections in Moldova complied with international standards, the head of OSCE observers said at a news conference on Thursday.

"The parliamentary elections were well organized and pluralistic, and in our opinion, they complied with international standards," Petros Efthymiou said.

Three parties did not reach the 5% threshold.

Efthymiou said the ballot counting was carried out accurately, but said the media was very "popularized and behaved very aggressively."

Parliament will now have to elect a president, requiring a minimum 61 votes in the 101-seat chamber.

The Communist Party won parliamentary polls in April with 49.91% of the vote, securing 60 parliamentary seats. The snap elections were forced when the Communists' candidate for president twice failed to get the 61 votes required amid an opposition boycott, causing its dissolution.

The three opposition groups that won seats in the previous parliament have been joined by a fourth, the Democratic Party, which failed to poll sufficient votes in April's election. The party's popularity was boosted by the recent defection of the former parliamentary speaker Marian Lupu from the Communists.