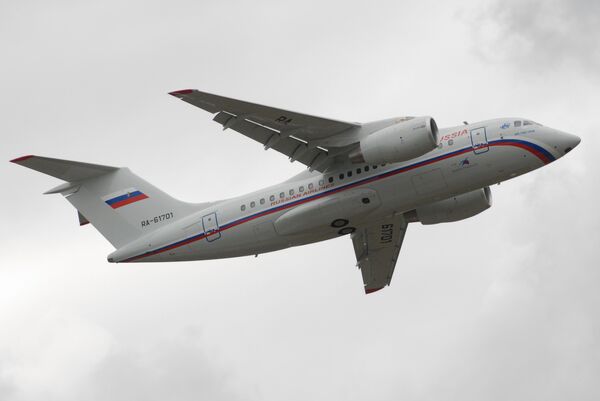 "We have a special program through which the UAC will invest 5 billion rubles in re-equipping VASO over the next five years," UAC President Alexei Fyodorov said.

He said the corporation had already invested 1 billion rubles in the modernization of the plant, based in the Russian city of Voronezh.

In its basic modification, the An-148 is designed to carry 70-90 passengers up to 5,000 kilometers. It costs an estimated $20 million to produce, which is cheaper than Sukhoi's highly publicized SuperJet-100 (around $28 million).