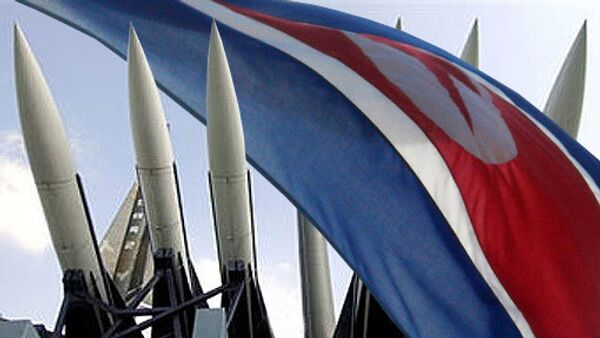 Washington has little cause for concern over a possible nuclear link between two rogue states in southeast Asia, a Russian expert on arms control said on Wednesday.

MOSCOW, July 22 (RIA Novosti) - Washington has little cause for concern over a possible nuclear link between two rogue states in southeast Asia, a Russian expert on arms control said on Wednesday.

"Even if North Korea provides assistance to Myanmar in this [nuclear] sphere, it is still at the very early stage of development, and does not pose a real threat," said Alexander Pikayev, the director of the Department for Disarmament and Conflict Resolution at the Institute of World Economy and International Relations in Moscow.

Myanmar-North Korea military ties came into spotlight after a North Korean cargo ship, tracked by the United States in June and July on suspicion of carrying banned arms, appeared to be on course to Myanmar. The U.S. Navy shadowed the vessel, which turned back to North Korea.

"North Korea most likely uses Myanmar territory as storage for part of its nuclear arsenal, or as a transit center for re-export of its nuclear technologies to third countries," Pikayev said in an exclusive interview with RIA Novosti.

Myanmar's stagnant nuclear program was reportedly revitalized shortly after Pakistan's first detonation of a nuclear weapon in May 1998.

Some analysts believe the reclusive military junta may eventually seek nuclear weapons for the dual purpose of international prestige and strategic deterrence.

However, a 2008 report by the International Atomic Energy Agency (IAEA) said the UN nuclear watchdog had no problem with Myanmar over its nonproliferation commitments.