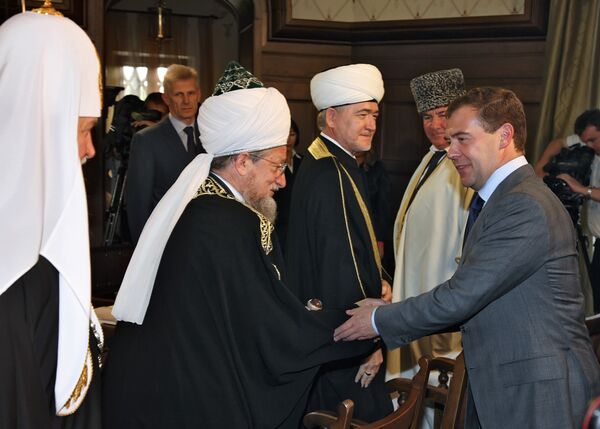 He also backed the suggestion that chaplains should be employed in Russia's armed forces.

"I decided to support both proposals," the president said at a special meeting on the subject. The proposals had been made by religious leaders from Russia's main faiths.

The president said a pilot project would be launched in 18 Russian regions until 2012, and later across the whole of Russia. The first lessons, to involve 256,000 children and 44,000 teachers, could begin next spring.

"It could be the basics of Orthodox or Islamic culture, as well as Judaism and Buddhism. Students and their parents should make this choice for themselves," he said.

A course on Russia's four largest religions, as well a course on secular ethics will also be available as an option, Medvedev added.

Patriarch of Moscow and all Russia Kirill expressed his support for the idea, but stressed that the course should be optional.

"Experience shows that only a voluntary insight into such ideas, namely religious ideas, is beneficial," he said.

Religious education took place in Russian schools up until the 1917 Bolshevik Revolution and the establishment of the officially atheist Soviet system.