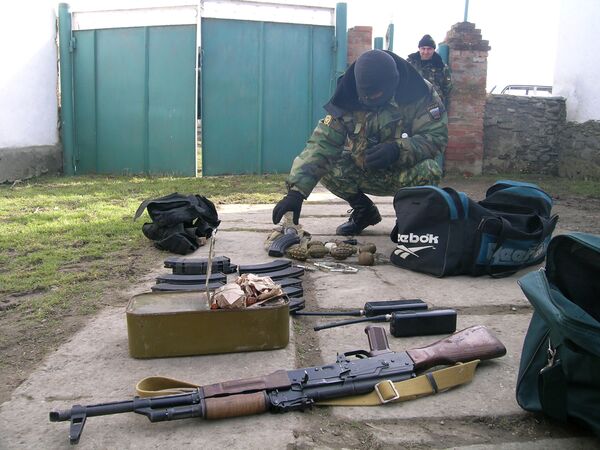 Several Taliban militants disguised in women's burkas attempted to enter several government buildings in the city of Gardez and an airport in Jalalabad.

"One of the bombers detonated in front of the intelligence department, killing three intelligence officers. The other bombers were killed by security forces," Times Online quoted Paktia province spokesman Rohullah Samoon as saying.

Provincial police chief Azizuddin Wardak said two police officers were also killed in the attacks and two of the militants had detonated explosives strapped to their bodies.

"Two of the bombers exploded -- one near the intelligence office and the other near the police station district one. Two police were killed," Wardak said.

In Jalalabad, militants attempted to enter the city's airport, used by both Afghan and foreign troops. Two militants were killed in a shootout with police and one policeman was reported dead.

Taliban militants have claimed responsibility for the attacks.

The Taliban has recently stepped up efforts to overthrow the government by launching a campaign targeting government offices.

Taliban attacks may pose a serious threat to presidential and municipal elections in the war-torn country, scheduled for August 20.