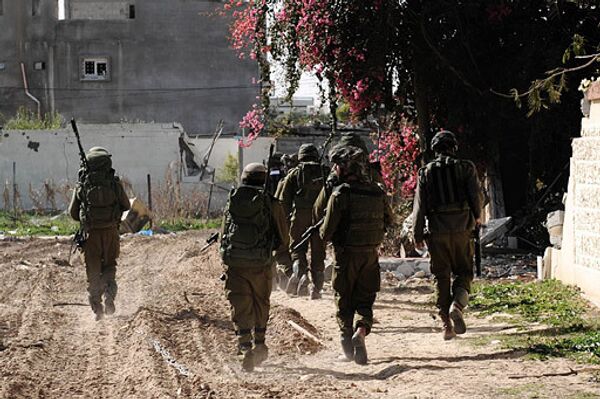 The newspaper said the military was preparing "to forcibly evacuate 23 illegal outposts in one day."

Hareetz said proposed dates for the evacuation were being kept under wraps, but noted that the plan had the backing of Prime Minister Benjamin Netanyahu. Last week, the Israeli military held an evacuation exercise in preparation.

The Israeli Foreign Ministry has given no indication as to which settlements are due to be evacuated to maintain an element of surprise. The army, however, is expecting fierce resistance from the estimated 8,000 hardline settlers, who live in the West Bank.

Israel has refused to entirely freeze the expansion of Jewish outposts in the West Bank, despite a statement calling for a complete halt from the quartet of Middle East mediators last month.

During their meeting, the diplomats discussed ways of boosting the peace process in the region, and noted the "strong determination of the international community to renew dialogue with the goal of resolving the Arab-Israeli conflict," Saltanov said.

Russia, along with the other three members of the Mideast Quartet - the United Nations, European Union, and United States - agreed at a foreign ministers' meeting in late June that the only viable solution to the Israeli-Palestinian conflict is to create a Palestinian state.

The Quartet also agreed that the situation in Gaza is unsustainable, and voiced serious concerns over the humanitarian situation in the enclave.