Trial of Nazi suspect Demjanjuk to start in October 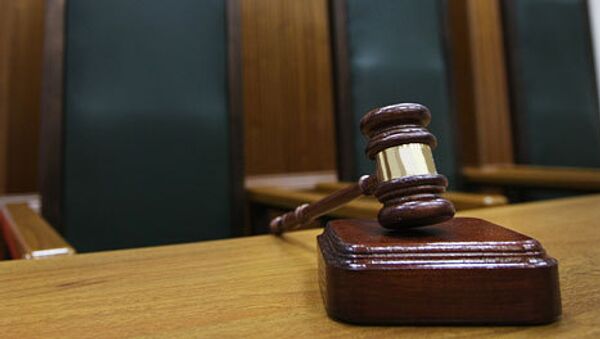 © Руслан Кривобок
Subscribe
The trial of Ukrainian-born John Demjanjuk, charged with involvement in the murder of 27,900 people during World War II, is due to start in October in Germany, Der Spiegel reported.

MOSCOW, July 20 (RIA Novosti) - The trial of Ukrainian-born John Demjanjuk, charged with involvement in the murder of 27,900 people during World War II, is due to start in October in Germany, Der Spiegel reported.

Demjanjuk, 89, a former death camp guard, was formally charged earlier this month and declared fit to stand trial for "complicity to murder."

A retired auto worker, Demjanjuk was sent from the United States to a Munich prison in May after having lost his legal fight against deportation on grounds of ill health.

Demjanjuk is accused of being a notoriously brutal SS guard at the Treblinka camp, where he was allegedly known as "Ivan the Terrible."

The man denied the accusations saying he was a Red Army soldier who was captured by the Nazis. He once said he "had sold his soul for a slice of bread," but insisted he had killed no one.

Demjanjuk first faced the accusations in the late 1970s. U.S. authorities revoked his citizenship in 1981, on the grounds that during his 1952 entry into the country he did not mention his past as a Nazi guard.

The suspect was extradited to Israel in 1986. However, the allegation was eventually dropped by both countries as some evidence suggested "Ivan the Terrible" was someone else.

But Nazi-era documents including a photo ID discovered later identified Demjanjuk as a guard at the Sobibor and Treblinka death camps in Nazi-occupied Poland in 1943.