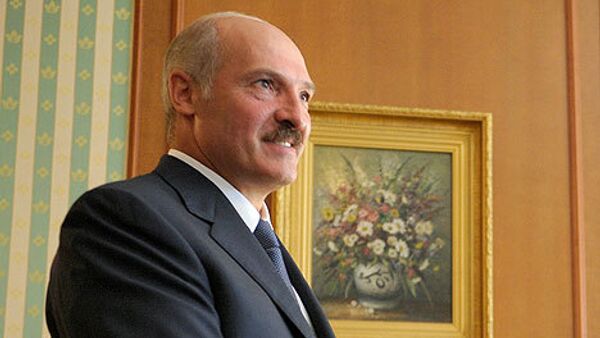 Belarusian President Alexander Lukashenko has taken part in the Minsk-2009 bike festival, leading the parade on a Harley Davidson, the BELTA news agency reported on Monday.

Some 800 bikers took part in the parade, held in the Belarusian capital over the weekend of July 17-19.

During the festival, Lukashenko was given a denim jacket bearing a biker emblem. The Belarusian leader was accompanied by his pre-school age son, Nikolai as he led the parade.