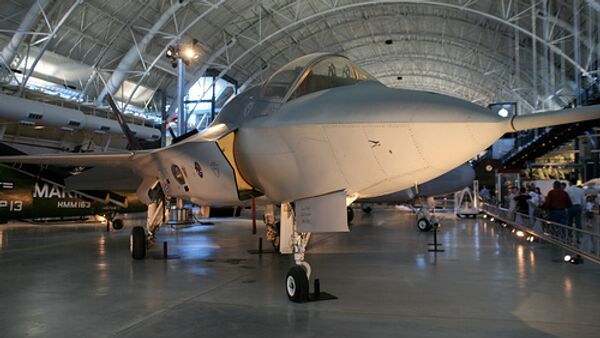 Israel has ordered at least 25 U.S. F-35 stealth fighter aircraft to counter any potential threat from the delivery of Russian advanced air defense systems to Iran and Syria, an Israeli daily said on Friday.

Tel Aviv earlier said that the purchase of F-35 fighters would effectively eliminate the threat from Russian-made S-300 air defense systems because a series of computer simulations had clearly demonstrated that new U.S. stealth fighters outperform the Russian missiles.

The F-35 Joint Strike Fighter (JSF), manufactured by Lockheed Martin, "will be one of the most-advanced fighter jets in the world and will enable Israel to phase out some of its older F-15 and F-16 models," the Jerusalem Post said.

The paper said an official Letter of Request (LOR) to the Pentagon was sent this week, but talks on a final price for the plane, estimated at over $100 million, and technical details of the deal would continue.

The contract is expected to be signed in early 2010 followed by the delivery of the first F-35 fighters to Israel in 2014.

According to the Jerusalem Post, the Israeli Air Force plans to purchase an additional 50 aircraft in the future, some of them with vertical take-off and landing capabilities.

Meanwhile, Israel has intensified its efforts to prevent deliveries of Russian S-300 air defense systems to Iran under a 2007 contract.

Israel and the U.S. insist that the delivery of advanced air defense systems to Iran would undermine the military balance in the region, and Russia has until recently delayed the implementation of the deal.

Although Russian sources said in March that Iran had not yet received any S-300 air defense systems and the deal needed approval from the Russian leadership, Moscow has reiterated its commitment to fulfill the contract, which is worth hundreds of millions of dollars.