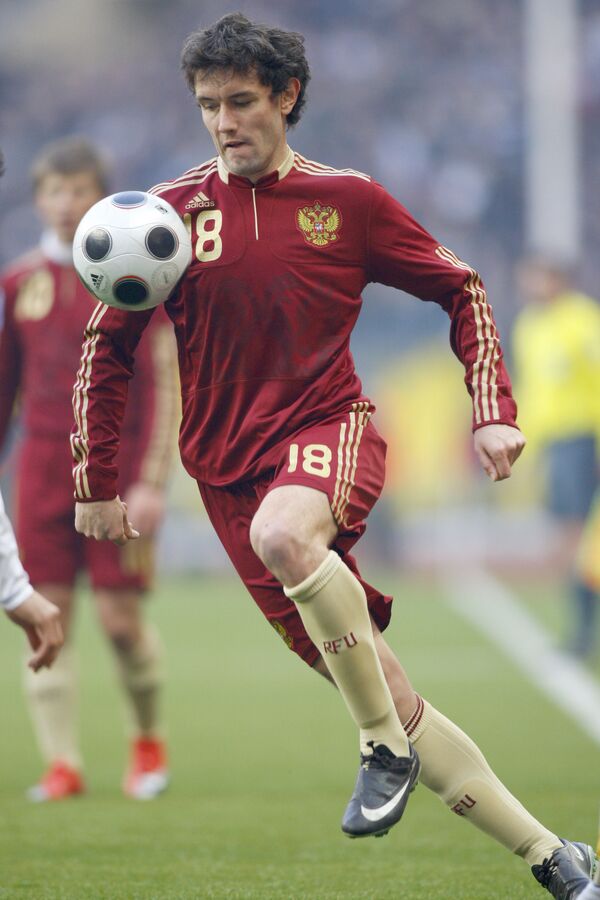 Zhirkov completed his 18 million-pound ($29.8 million) move to the west London club on Tuesday. The transfer fee is the biggest ever involving a Russian player, surpassing the $25.2 Tottenham Hotspur paid for Roman Pavlyuchenko last summer.

"Zhirkov is naturally on the left," the Italian told reporters. "I think he can do all the work and can play in defense and in between."

The Russian plays mostly at left back for his national team, but was an attacking left-midfielder for CSKA.

"I remember when I moved to CSKA Moscow from Tambov, when no one knew me. I was determined to fight for a place in the starting line-up, and I achieved my aim. I have come to London with the same intention," Zhrikov said.

"There is always serious competition in top clubs. But I'm not afraid of this. I believe the years I spent at CSKA, a top European side, will help me. We won the UEFA Cup and took part in the Champions League. This is invaluable experience."

Zhirkov also said he would play in the number 18 shirt, the same number he wore for CSKA and continues to appear in for the Russian national team.

"It was free, fortunately," he said. "I hope it will bring me luck."

The main obstacles for Zhirkov to overcome are England fullback Ashley Cole and France international Florent Malouda, although his lack of English could also make life difficult.

Cole has been first choice at left back for a succession of managers since signing for Jose Mourinho three years ago, while Malouda began to shine on the left wing under Guus Hiddink, who was Chelsea's temporary coach after Brazilian Luis Felipe Scolari was sacked in February.

The Dutchman, who switched Zhirkov to left back as coach of Russia, is thought to have played a major role in recommending the signing to Chelsea's Russian billionaire owner, Roman Abramovich.