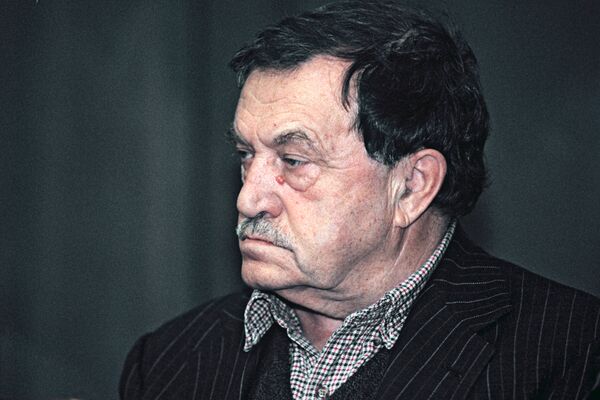 Prominent Russian novelist Vasily Aksyonov died in Moscow on Monday at the age of 76, his doctor said

"He had been in a serious condition in Moscow clinics after a car crash. He died on Monday afternoon," Vladimir Naidin said.

The author suffered a stroke while driving his car in January 2008.

Aksyonov, born in 1932, is best known in the West as the author of The Burn, Oranges from Morocco, The Island of Crimea and Generations of Winter (Moscow Saga).

Aksyonov's parents were victims of the Stalin-era repressions. He was raised in an orphanage. He graduated from the Leningrad (now St. Petersburg) Medical Institute in 1956 and worked as a doctor for the next three years.

His first stories were published in 1958 in the popular Yunost (Youth) magazine.

In the 1970s, after the end of the Khrushchev Thaw, Aksyonov's work was kept from publication by Soviet censors.

In 1979, Aksyonov, along with Andrei Bitov, Viktor Yerofeyev, Fazil Iskander and Bella Akhmadulina published the journal Metropol, which featured works that did not receive official permission to appear.

In 1980, Aksyonov and his wife traveled to the United States and were stripped of Soviet citizenship.

The writer lived in the U.S. until 2004 and taught Russian literature at American universities

Aksyonov's books have been translated into many languages. He won the Russian Booker Prize in 2004 for his novel Voltairiens and Voltairiennes.