Medvedev against ban on alcohol, will fight problem differently 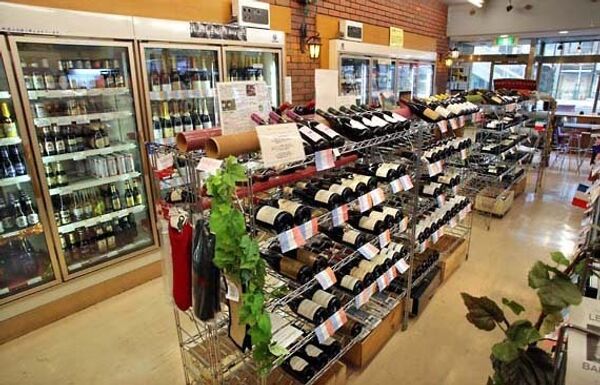 The Russian authorities are preparing a number of serious solutions to fight alcoholism, President Dmitry Medvedev said Saturday, adding that a ban would not help solve the problem

BARVIKHA, July 4 (RIA Novosti) - The Russian authorities are preparing a number of serious solutions to fight alcoholism, President Dmitry Medvedev said Saturday, adding that a ban would not help solve the problem.

This issue "cannot be resolved with the help of stupid bans... but it could be resolved through a whole set of measures," he said during a video conference with participants of the Seliger 2009 youth forum.

Medvedev said he means introducing new modern programs that will make it possible for people to relax in a normal way "instead of just going to a shop, buying a bottle and sitting unthinkingly in the kitchen watching the TV with their eyes red."

The Russian Public Chamber said in a report in June that around 500,000 Russians die annually due to reasons connected with alcohol abuse. "Every year in modern Russia, alcohol abuse kills around half a million people," the report stated.

The average Russian drinks 17 liters of spirits a year, with some 2 billion liters of alcohol being consumed in Russia annually. Alcohol is also involved in some 80% of murders and 40% of suicides in Russia, the report added.

"This is approximately 50 bottles of vodka, for each resident of the country, including infants. These are monstrous figures," he said, adding that any figures over 10 liters of pure alcohol a year per capita were dangerous for the nation's health.

Medvedev also called on the young people to quit smoking and said drug addiction should be fought.