Whatever the new START stipulates, it should leave Russia with MIRV-ed ICBMs 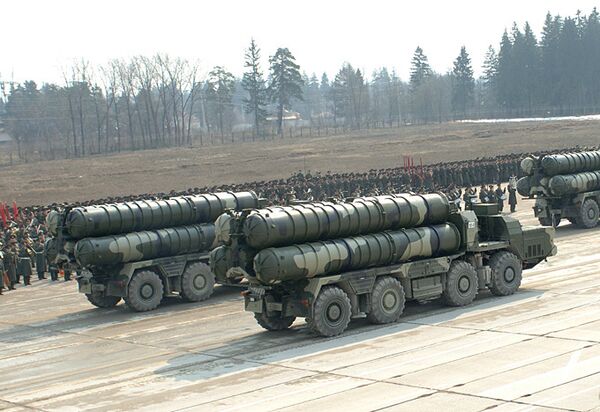 Of all the numerous items on the Obama-Medvedev meeting agenda, the issue of reduction in the two countries’ nuclear arsenals is, in terms of its possible impact on world history, the weightiest one. President Medvedev has already offered a greater reduction than envisaged by the previous treaty, and if president Obama takes him up on this and agrees, or promises to agree, to satisfy Medvedev’s conditions for such a reduction, a breakthrough in this area is possible. Which is a prospect that fills many a Russian mind with apprehension. The reason? We have once witnessed a breakthrough in this field, and a lot of good it did Russia.

Before Reykjavik, fear was expressed in some U.S. media that president Reagan, though not exactly a country rube, might still “sell the farm” to city slicker Gorbachev. Well, the opposite happened, though not at Reykjavik. Russia certainly sold, or as good as sold, its nuclear farm. Through the efforts of Mikhail Gorbachev and later Boris Yeltsin, its nuclear arsenal was brought to a state of near uselessness as a means of containing aggression.

Particularly indicative was the START II treaty, signed in January 1993 by George Bush Sr. and Yeltsin. It envisaged the elimination of all multiple-warhead ICBMs, which, among other things, knocked out of Russia’s hands its most powerful weapon, the heavy MIRV missile known in Russia as Voyevoda and in the West as Satan, and required the Russian side to pack its silos with slabs of concrete.

No wonder Russia’s parliament dragged its feet over ratifying that treaty as long as it could. Whatever the obstacles it raised, the real reason for procrastination, and later for withdrawing from the treaty, was the readiness of the U.S.-led West to resort to military force as a tool of geopolitics, as demonstrated in Serbia and Iraq, and also a year ago, when Mikheil Saakashvili’s Western-trained and equipped troops came closest to Russia’s borders and actually carried out an act of aggression against Russian citizens.
With the U.S. defense budget amounting to nearly half (46 percent) of the world’s total, not to mention the armed forces of its “willing” allies, and the Russian army a mere shadow of the Soviet one, nuclear weapons are Russia’s most reliable instrument for containing aggression.

Nuclear weapons are surely not weapons as such; they cannot be used to achieve victory, as Adolf Hitler planned to use them and as America actually used them in 1945. After the 1962 Caribbean crisis it became obvious that nuclear weapons’ only usefulness is as a psychological factor ensuring that they will never be used against a country that is capable of a massive retaliatory nuclear strike.
Anything that undermines this nature of nuclear weapons, like the building of an NMD-like “shield” or a drastic reduction of Russia’s nuclear arsenal, one that would make it incapable of delivering an annihilating retaliatory strike, changes their perception, at least in some minds: they cease to be a tool for eliminating the threat of war and come to be regarded as “usable” weapons.

We’ve seen evidence of such a change of perception on the U.S. side. The March/April 2006 issue of Foreign Affairs carried an article by Lieber and Press titled "The Rise of U.S. Nuclear Primacy," which came up with this shocking declaration: "It probably will soon be possible for the United States to destroy the long-range nuclear arsenals of Russia or China with a first strike." And further: “the age of MAD [Mutual Assured Destruction] is nearing an end."

That article was published by the Council on Foreign Relations and was therefore taken as a statement of the official position of the then U.S. administration. President Obama’s stand on this may be different, but presidents come and go – while NATO’s Drang nach Osten continues inexorably.

Whatever the new START stipulates, it should leave Russia with MIRV-ed ICBMs, and enough of them to assure that America’s dream of “nuclear primacy” never comes true.
The Obama-Medvedev meeting promises to be a great PR success, but the hype surrounding it should not obscure the nitty-gritty issues like the one discussed here.

This comment first appeared as part of the weekly Russia Profile Experts Panel.