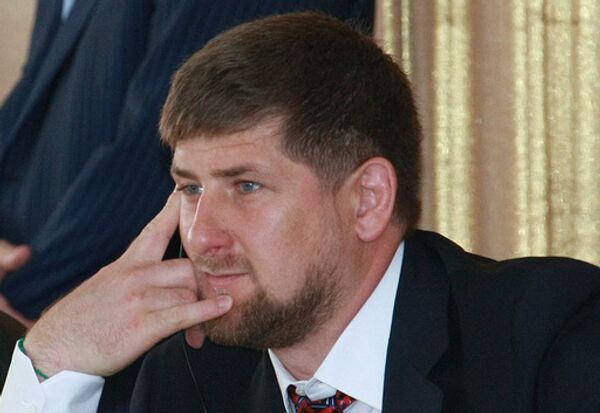 Kadyrov personally supervised the preparation of a special operation to track and arrest the suspected assassins.

Acting on an informant's tip received several days ago, police surrounded the terrorists in a private house in the village of Staraya Sunzha near Grozny.

Abdulkadyrov was killed in an exchange of fire, while the woman was wounded and detained, Alkhanov said, adding that a police officer was wounded in arresting the woman.

Two Kalashnikov assault rifles, grenades and ammunition were seized at the scene.

According to police, the killed militant was on the federal wanted list and was the right-hand man of an Arab mercenary and terrorist Mukhanad.

Russia's North Caucasus republics have been swept by a wave of violence recently two months after the government formally ended its decade-long counterterrorism operation in Chechnya, which witnessed two brutal separatist wars in the 1990s and early 2000s.

Kadyrov told RIA Novosti last week that the struggle to tackle militant attacks in Chechnya and neighboring Ingushetia was going according to plan, and Russian President Dmitry Medvedev had asked him to intensify and end the fight.