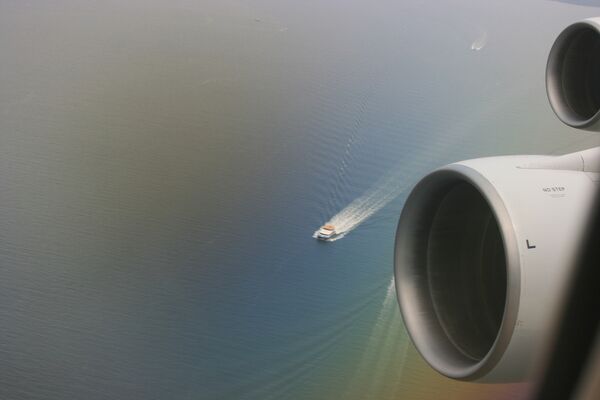 © araswami
Subscribe
The sole survivor of Tuesday's Yemenia Air crash off the Comoros in which 152 people are believed to have died returned home to France on Thursday, Al Jazeera reported.

#MOSCOW, June 2 (RIA Novosti) - The sole survivor of Tuesday's Yemenia Air crash off the Comoros in which 152 people are believed to have died returned home to France on Thursday, Al Jazeera reported.

Bahia Bakari, 14, was met by her father when she landed at Le Bourget airport near Paris at about 06:00 GMT. "I am torn between relief and sadness. I am happy to see my daughter, but her mother did not come back," Kassim Bakari said.

Upon landing, an ambulance drove up to the aircraft to transfer Bahia to a hospital.

There were 142 passengers and 11 crew members on board the Airbus A310-300 airliner when it crashed early Tuesday en route to Moroni, the capital of Comoros, from Yemen.

Bahia, who reportedly can hardly swim, held on to plane wreckage for more than 13 hours before she was rescued from the water.

Some bodies and aircraft fragments from Yemenia Flight 626 have been spotted, but no other survivors have been found.

Airbus officials said the A310 plane had performed about 17,300 flights since Yemenia Air bought it in 1999.

The latest tragedy is the second major air crash involving an Airbus this summer.

On June 1, an A330 crashed into the Atlantic Ocean about four hours after it took off from Rio de Janeiro en route to Paris. Rescuers have recovered just 51 bodies out of the 228 people onboard Air France Flight 447.