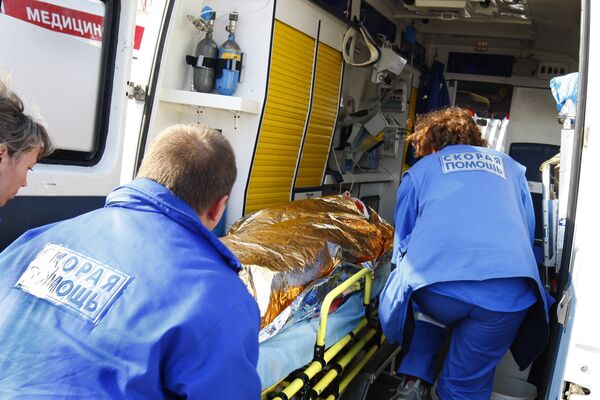 /
Go to the photo bank
Subscribe
A respected Russian business daily claimed on Thursday that two drug officers, whose bodies were discovered in the sauna of their Moscow work place, died from a suspected drug overdose.

MOSCOW, July 2 (RIA Novosti) - A respected Russian business daily claimed on Thursday that two drug officers, whose bodies were discovered in the sauna of their Moscow work place, died from a suspected drug overdose.

Lt. Pavel Mazanov, 26, and Senior Lt. Konstantin Khrushalyov, 32, were found dead on Wednesday in the sauna, located in the basement of the Federal Anti-Drug Service, in west Moscow, Kommersant said.

The cause of the deaths is being established. A spokeswoman for the agency, Maria Lutsenko, said the officers may have died of food poisoning. "There is no information confirming an overdose," she added.

Meanwhile, a police source said the officers had decided to try a new heroin-based drug dubbed "black dragon," which they had seized from a drug courier earlier. "What happened in the sauna of the drug control agency is a tragic accident," he said.

Korzhakov has dismissed the reports saying in an interview with Kommersant: "What overdose are you talking about if they both were involved in sport and were getting to become fathers."

The final results of the autopsy are to be published within a month.