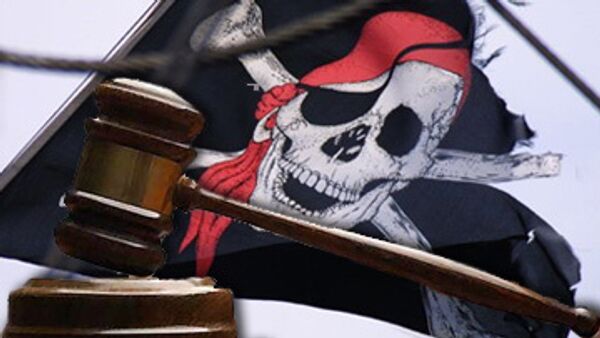 The suspects were detained by warships participating in international anti-piracy operations in the Gulf of Aden, including by Russia's Admiral Panteleyev destroyer. They have been charged with assault on commercial ships and abducting their crews for ransom, Al Ayum newspaper said.

The trial, which opened on Wednesday in the port of Aden, will resume in two weeks after the judges review arguments presented by prosecution and defense.

According to the United Nations, Somali pirates collected $150 million in ransom payments from ship owners last year, while overall losses from piracy were estimated at $13-16 billion, including the soaring cost of insurance and protection for vessels, as well as sending ships on longer routes to avoid high-risk areas.

Eleven littoral states of the Persian Gulf and Red Sea have agreed to create an all-Arab naval task force to prevent the spread of sea piracy in the region.

Around 35 warships from the navies of 16 countries are currently deployed off Somalia's coast to counter frequent pirate attacks on vital commercial shipping lanes. According to the United Nations, Somali pirates carried out at least 120 attacks on ships in 2008 alone.