Obama to seek strong relationship with Russia at upcoming summit 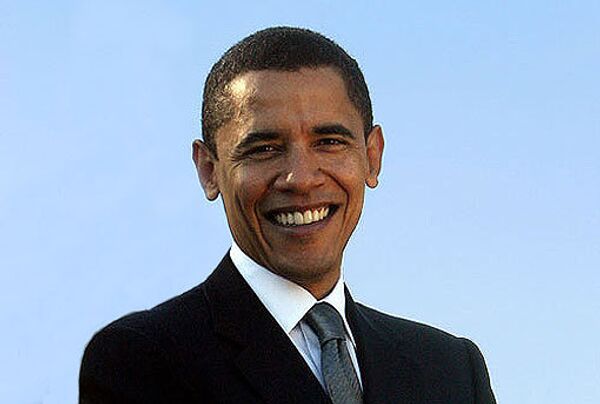 Subscribe
Washington wants to build stronger ties with Russia, but is not seeking trade-offs on key disputes, a U.S. presidential adviser said ahead of a Russian-U.S. summit.

WASHINGTON, July 2 (RIA Novosti) - Washington wants to build stronger ties with Russia, but is not seeking trade-offs on key disputes, a U.S. presidential adviser said ahead of a Russian-U.S. summit.

U.S. President Barack Obama will arrive on a two-day official visit to Moscow on Monday.

"The President made very clear that he wanted to establish a different kind of relationship with Russia... We want to actually do real business with the Russians on things that matter to our national security and our prosperity," Michael McFaul, special assistant to the president and senior director for Russian and Eurasian affairs, said at a briefing on Wednesday.

The Russian leader has acknowledged that relations between the countries are still at a lowpoint.

Speaking in his video blog on Thursday, President Dmitry Medvedev said: "Despite quite good personal contacts with the former president, relations between Russia and the United States degraded to Cold War levels."

"I believe Russia and the United States have something to offer other nations. This is why we should only take one path - towards accord," he said.

McFaul said the U.S. delegation would hold frank discussions on national interests at the Moscow summit, but that there would be no bargaining.

"We're going to see if there are ways that we can have Russia cooperate on those things that we define as our national interests," but "we don't want to trade with them."

Russian President Dmitry Medvedev and Obama agreed in April to launch discussions on a new strategic arms reduction pact to replace the START 1 treaty, which expires in December.

"We are under the gun to try to get something to replace it by the end of the year," McFaul said.

Russian and U.S. analysts have held three rounds of closed-doors talks on a new deal since April, and agreed to report the results at the Russian-U.S. summit in Moscow in July.

On the issue of NATO's expansion, the U.S. official said the alliance was keeping its doors open to potential members, including Georgia and Ukraine.

He added that Vice President Joe Biden would travel to the two ex-Soviet republics in mid-July "as a signal of our support that we are not in any way, in the name of the reset, abandoning our very close relationships with these two democracies."

"We're not going to reassure or give or trade anything with the Russians regarding NATO expansion or missile defense," McFaul warned.

He reiterated the White House's plans to enhance European missile defense against "real threats," which he said did not include Russia.

At a meeting with both Medvedev and Russian Prime Minister Vladimir Putin, Obama will discuss the diversification of Russian energy supplies, McFaul said.

The U.S. presidential aide said Obama would also give an interview to Novaya Gazeta, seen in the past as an anti-Kremlin newspaper, to be published before his arrival in Moscow.

In April, Russia's Medvedev chose to give Novaya Gazeta an interview as a way of offering his "moral support" to the publication which has tragically lost several correspondents, the most high-profile being Anna Politkovskaya, who was shot dead in 2006 in the entrance to her home.