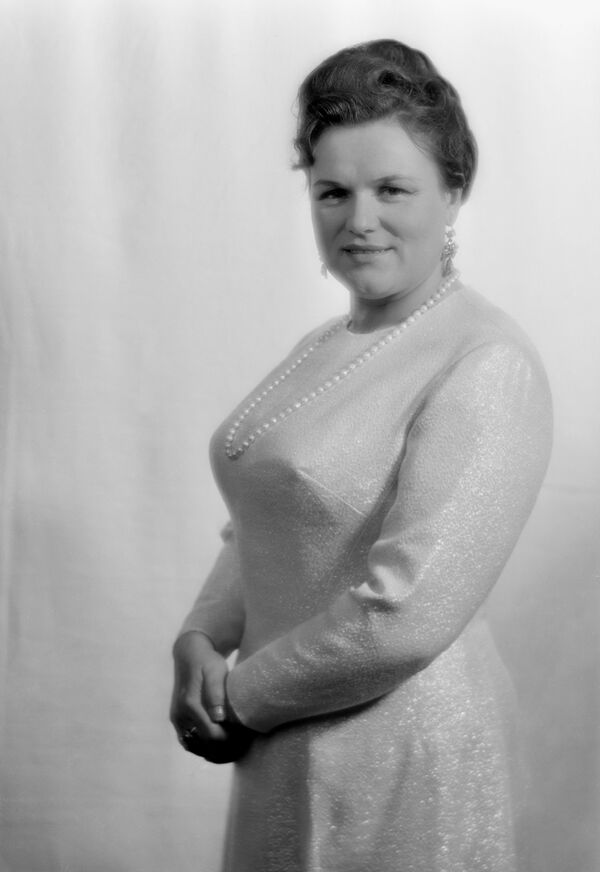 MOSCOW, July 1 (RIA Novosti) - The renowned Russian folk singer Lyudmila Zykina died of heart failure in Moscow on Wednesday at the age of 80, her spokesperson said.

"Lyudmila Georgiyevna died in hospital. She had recently been suffering from heart problems," Ksenia Rubtsova said.

A hospital source told RIA Novosti that Zykina suffered a heart attack on June 25, and had been in intensive care since then. The diva lavishly celebrated her 80th anniversary on June 10, and was to embark on a two-month tour of Russia, starting from Vladivostok in the Far East on June 12.

A source in the Moscow administration said the funeral would be held on Saturday at the Novodevichy or Vagankovskoye cemeteries, the resting places of leading Russian political and cultural figures.

Zykina's career began in 1947, when she joined the famous Pyatnitsky Choir. Since 1960 she performed solo and was said to be a favorite of Soviet leader Leonid Brezhnev. Her trademark songs include Techot Volga and Orenburgsky platok.

Popular Russian rock singer Oleg Nesterov said on Wednesday that Zykina "had shone like the sun, and was never tiresome like good weather."

Nesterov, who covers some of Zykina's songs in his performances, said her interpretation of Russian folk songs was a "relay baton from past to future."

Folk singer Nadezhda Babkina said Zykina was "a pillar" of the genre and of Russian popular music as a whole.

"Few of those who we call stars today will ever enjoy the popularity Zykina once had. Several generations of people grew up with her lyrical, Soviet and folk songs - hymns to Russia and the people," Nadezhda Babkina said.

"I am the happiest person as I have experienced everything in my life," the singer used to say.

She began working at the age of 13, when she joined a machine building plant after the start of the World War II in Russia in 1941, and worked night shifts as a nurse in a Moscow hospital during the war.

Zykina was a member of several state culture foundations and panels, ran two charity funds, and held a series of top artistic titles and prizes. She founded an academic folk music ensemble, Rossiya, in 1977.

"A great star has left this life," Tymoshenko said. "Not the kind of modern star that we associate with the show business and glamour of the pop scene, but a real, shining star that shone for millions of people for several decades."