Unable to bet against the state, Russian casinos shut their doors 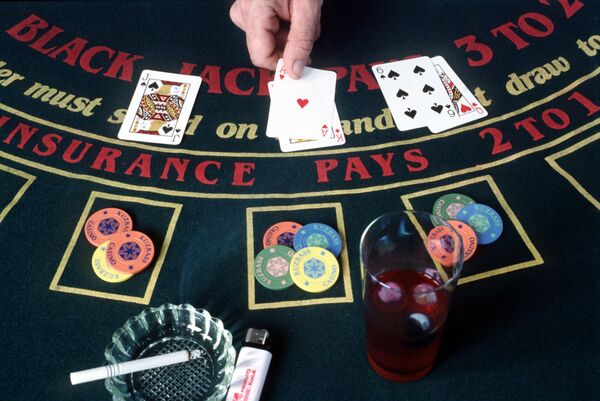 Casinos in Moscow and across Russia succumbed to overwhelming odds and closed down in accordance with the government's Wednesday deadline.

MOSCOW, July 1 (RIA Novosti) - Casinos in Moscow and across Russia succumbed to overwhelming odds and closed down in accordance with the government's Wednesday deadline.

The closures went ahead despite a strong lobby against the Kremlin campaign to curb gambling as a breeding ground for money laundering and organized crime.

In Moscow, city officials and police were checking all 513 casinos and slot machine parlors throughout the night. The majority had removed the furniture and equipment by the July 1 deadline.

The other parlors "will undergo additional checks until the equipment has been removed" to make sure gambling is not continuing, a spokesman for the Mayor's Office, Leonid Krutakov, said.

Casinos in the southern city of Rostov-on-Don saw an influx of visitors on their last night of business. Many came to place bets for the first and possibly last time in their life, and one regular visitor even tried to buy a casino chair as a souvenir.

Under a 2007 law, casinos and other gaming parlors are to be relocated to four far-flung designated areas - in the Baltic exclave Kaliningrad, south Siberia's Altai territory, Primorye in the Far East, and in southern Russia.

Gaming companies have warned that illegal gambling will flourish, depriving state coffers of a considerable revenue source, and unemployment will grow as casinos close down in the country amid the economic crisis.

The industry had asked for a delay to the casino closures and their relocation, saying the zones situated in remote poorer regions would not attract many visitors, and the designated areas needed several more years of development.

On Wednesday, the governor of the Krasnodar Territory played roulette in one of the designated special zones - Azov City on the Krasnodar-Rostov region border in southern Russia. In a tent set up by a company building the first casino in the zone, Alexander Tkachev bet on 23 red - and lost.

Many firms have already turned to other businesses, starting illegal gambling businesses under the guise of Internet cafes or moving investment abroad, mainly to Latin American and Africa.

President Dmitry Medvedev rejected a delay in May although officials had admitted that it would take four or five years to launch the zones.

The Finance Ministry calculated Russian regions would lose an average of 5-6 billion rubles ($160-$190 million) in annual tax revenues from the closures, but added that people could spend more on quality medical services, vacations and education instead.

The gambling business is concentrated in Moscow, St. Petersburg and some other large cities in Russia. By moving casinos, the Kremlin also sought to boost economic growth in poorer regions.

A leading expert with Russia's Serbsky psychiatric institute said opening gambling zones in the border regions of Kaliningrad and Primorye was dangerous as unstable gaming addicts would grow in number there.

"In countries, where the gambling business is legal, 1.5-2% of population is considered to grow addicted to it. And 7-8% of gamers are usually considered to have 'problems,'" Zurab Kekelidze said.

The expert also urged an anti-gambling campaign, saying gaming addicts deprived of their favorite pastime in large cities could switch to alcohol or drugs.