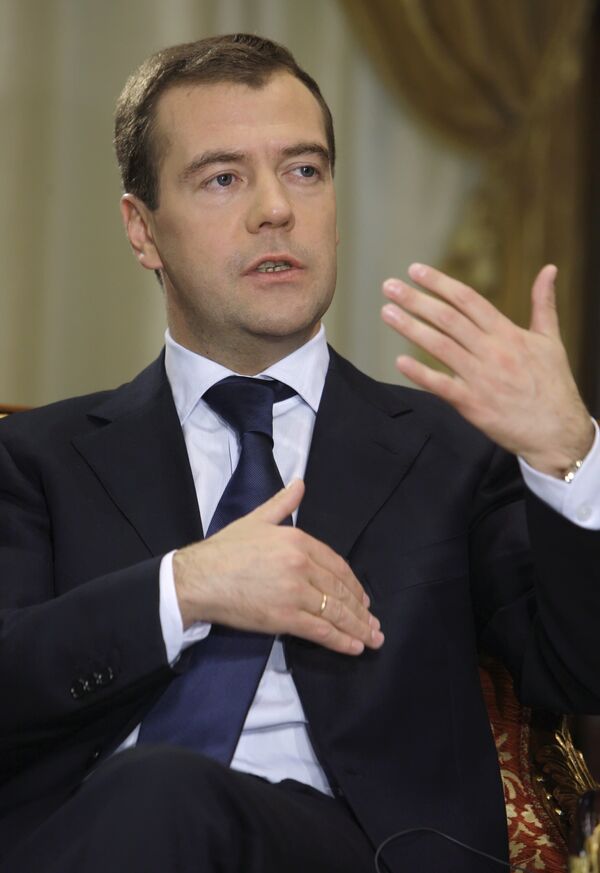 "We are drinking more now than in the 1990s, although these were very difficult times. A program is needed, certain measures need to be taken to improve the situation," Medvedev said at a meeting with the health minister, Tatyana Golikova.

The statement came after Prime Minister Vladimir Putin highlighted the problem at a meeting with World Health Organization head Margaret Chan last Friday, and pledged efforts to promote a healthy lifestyle in Russia.

Former Soviet leader Mikhail Gorbachev, the architect of sweeping reforms in the late 1980s including measures to fight alcoholism, also urged on Monday an extensive new campaign to cut drinking.

"We are destroying ourselves, and then we will look for those who destroyed our country, for those who made us drink. The situation is such that we must take control," Gorbachev said.

A study by an international team of health researchers published earlier this month by The Lancet, the world's leading general medical journal, outlines the devastating impact of alcohol abuse in Russia.

"In several recent years," the study said, "Alcohol was a cause of more than half of all Russian deaths at ages 15-54 years. Alcohol accounts for most of the large fluctuations in Russian mortality, and alcohol and tobacco account for the large difference in adult mortality between Russia and western Europe."

Gorbachev introduced prohibition in the Soviet Union in May 1985 in an attempt to put a halt to the rampant alcoholism that was already taking its toll on the nation's economy and health system. His efforts to steer the Soviets to abstinence were ultimately unsuccessful, however, and the illicit production of moonshine - 'samogon' - rocketed, not to mention a sudden rise in sales of medicinal and industrial spirit. The never-popular policy of prohibition was later quietly dropped.

According to the Russian Ministry of Health, the per capita consumption of pure alcohol is around four gallons per person. Tens of thousands of Russians die of alcohol poisoning every year. In the U.S., which has a population over twice as large, the number of deaths from alcohol poisoning remains stable at around 300 every year.