Russians' use of mother-tongue getting worse - culture minister 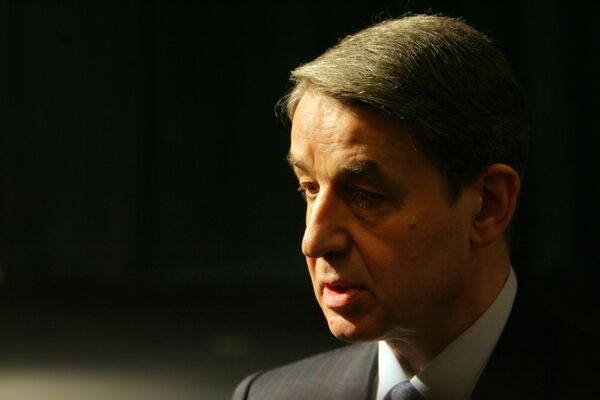 © RIA Novosti . Alexei Danichev
/
Go to the photo bank
Subscribe
People in Russia are speaking worse Russian and literacy rates are deteriorating, the culture minister said on Tuesday, suggesting that immigration was partially to blame.

KHABAROVSK, June 30 (RIA Novosti) - People in Russia are speaking worse Russian and literacy rates are deteriorating, the culture minister said on Tuesday, suggesting that immigration was partially to blame.

Alexander Avdeyev was speaking in the Far Eastern city of Khabarovsk during a meeting of a coordination council of the Culture Ministry aimed at finding ways to increase tolerance in society and develop interracial dialogue.

Foreign workers poured into Russia during the economic boom, chiefly working in low-paid menial and construction jobs, but the financial crisis and rising levels of unemployment have put a strain on society and anti-immigrant sentiment has grown.

"In many respects due to these migratory processes people have begun to speak worse Russian. This is already evident not only in everyday language, but also in the language we hear on radio and television," Avdeyev said.

Reports last week said the mass communications ministry was drawing up a law that would institute fines for Russian officials and politicians who mispronounce words or use coarse language in interviews.

"It is unacceptable... that officials freely use indecent language when speaking on the air. We have to fight against that," Tatyana Petrova, a member of a government Russian Language commission, told the Trud daily.

Although Adveyev blamed immigration for the deterioration of the Russian language, the minister stressed the importance of respecting different cultures, particularly those of migrant workers.

"All nationalities and peoples in Russia must feel secure and confident, so that there is no inter-ethnic tension," he said. "One of the threats of the 21st century is nationalistic extremism and the weakening of inter-ethnic tolerance. In our country we can and must avoid this."

Adveyev added that making it easier for people to have access to the arts would help to overcome the threat of intolerance.