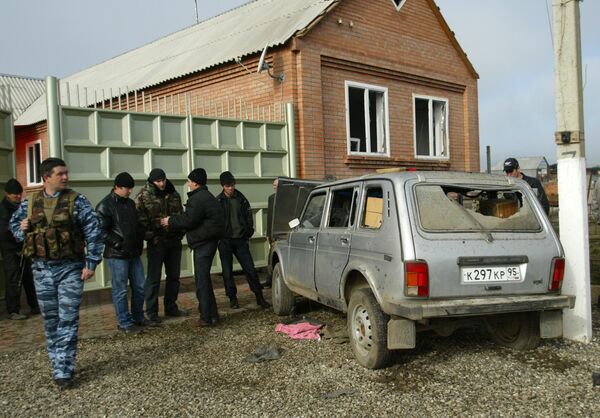 A senior militant was killed during a special operation in Russia's North Caucasus Republic of Chechnya, the republic's interior minister said on Tuesday.

The operation was conducted in the central Chechen town of Shali late on Monday, Ruslan Alkhanov said. As police tried to arrest two militants, they offered armed resistance and were killed in return fire.

Among the dead was Abubakar Musliyev, the "emir" of the Shali gang, who had been placed on a federal wanted list, Alkhanov said.

Officers discovered two artillery shells and a bomb during a search of the militant's car.

Police also detained five locals in Shali suspected of providing assistance to militants. A major stash containing explosives was discovered in the area and later destroyed, a police source said.

In a separate incident in neighboring Daghestan, one police officer was injured after gunmen opened fire in the town of Khasavyurt on Monday night. Two other officers were unhurt in the attack.