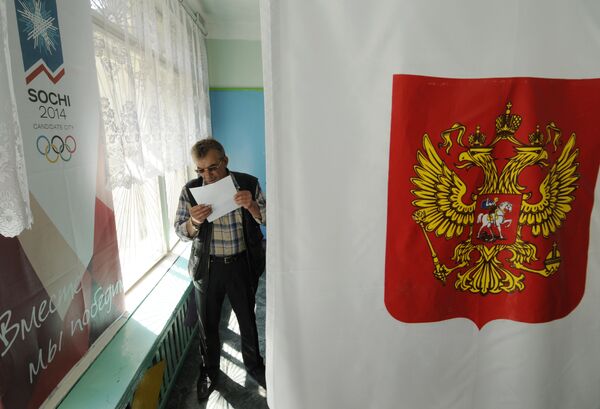 Russians support changing election law to reinstate direct votes for regional governors and to make it easier for smaller parties to enter parliament, a popular daily said on Monday, citing a recent survey.

Fifty-seven percent of respondents in a Levada Center poll said they supported the reinstatement of direct gubernatorial elections, while 20% said they were opposed, Noviye Izvestia reported.

Gubernatorial polls were replaced by direct appointments in 2004 by then President Vladimir Putin. The move was widely criticized in the West as a retreat from democracy, but met little resistance from Russians amid a sense of pervasive corruption.

The decision has since been increasingly questioned, including last summer by the presidents of the influential Russian republics of Tatarstan and Bashkiria. Moscow Mayor Yury Luzhkov has also said regional leaders should be elected rather than nominated by the president and approved by regional legislatures.

A plurality of respondents, 42%, also approved the return of single-member constituencies to the State Duma, the lower house of parliament, while 18% said they opposed such a move, the paper said. Thirty-six percent of those surveyed also spoke out in favor of a lower Duma threshold, while 30% were opposed to the idea.

Experts cited by the paper said the authorities would eventually have to reform the election legislation, which has proved increasingly ineffective.

Analyst Alexander Kynev said the gap between ordinary people and those in power has grown increasingly wide.

"Officials who receive their posts through appointments are less accessible than those elected in popular votes," Kynev said. "Trust in authorities has dramatically declined. People do not see their representatives in power. All of the dialogues on acute problems are conducted between officials, and not with the population."

The expert said authorities have not been provided with relevant information on what goes on in provinces. "There have been no helpful discussions on problems as the population has not been engaged in them. The people have absolutely no say."