At least 12 killed by floods in Czech Republic 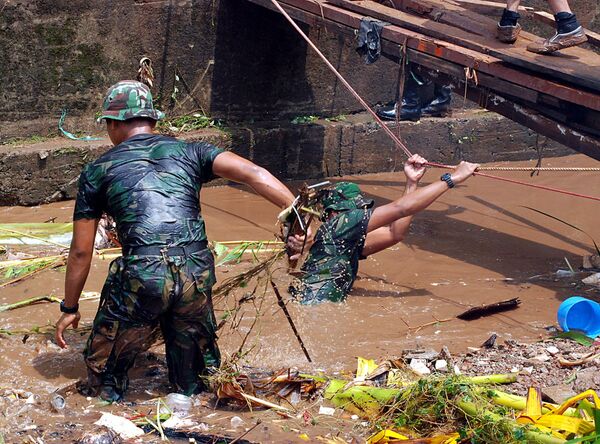 At least 12 people have been killed in floods in southern Czech Republic, European media reported on Friday.

The recent fatality was reported in the southern city of Czecky Krumlov, where a sportsman died during a rowing training in the river of Vltava. The rise in the water level of Vltava causes particular concerns among the residents and authorities of Prague, who fear the swollen river might inundate the Czech capital.

Earlier in the week, floods killed 11 people and inflicted hundreds of millions dollars in losses in the South Moravian Region.

Similar floods in southern Czech Republic in 2002 were followed by worst floods to hit the capital in 200 years.

Other Central European countries were also hit by heavy rains and storm. In Poland, one person was killed in a tornado that swept through the southeastern city of Mielec. The winds also tore roofs from seven houses and overturned several cars.

Several dozens of villagers were evacuated from the area when a swollen river inundated six villages and destroyed two bridges.

In Romania four people were hit by lightning during a storm in northern Bucharest.

Floods were also reported in Germany and Austria.